The Prime Minister also spoke briefly, he said, adding that Naidu had told the members that the government was committed to getting all the Bills to replace ordinances passed in Parliament. 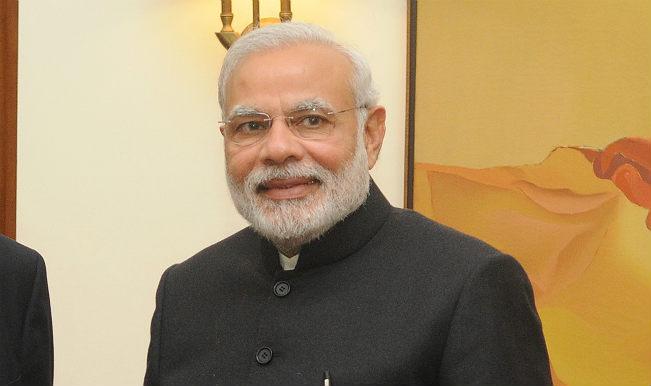 New Delhi, Mar 3 :  Stating that the 2015-16 Budget had something in it for every Indian, Prime Minister Narendra Modi has asked BJP MPs to make people aware of its features. At a parliamentary party meeting of BJP legislators, the party which leads the government also reiterated its resolve about getting various Bills passed in Parliament. (Read: JD(U) targets Narendra Modi over remarks by BJP, VHP leaders) Also Read - PM Modi To Inaugurate Widened NH Stretch, Attend Dev Deepawali in Varanasi Today

Addressing BJP members at the meeting, Modi asked them to pick out target groups like youths, women and the socially and economically deprived sections and share with them the contents of the budget aimed at their welfare, sources said. Modi made his remarks during a briefing done by the Minister of State for Finance, Jayant Sinha, for MPs about the highlights of the budget. Also Read - Regretting Error: Congress MP Anand Sharma Clarifies After Praising PM Modi's Visit to Vaccine Facilities

According to sources, the Prime Minister said that the budget was for the 125 crore people of India and asked the BJP MPs to celebrate Holi in their constituencies and tell the people about its main features. “Parliamentary Affairs Minister M Venkaiah Naidu briefed MPs about the highlights of last week in Lok Sabha during which Rail Budget and Union Budget were tabled and the Motion of Thanks to the President’s Address was adopted by the lower House,” said Minister of State for Parliamentary Affairs, Rajiv Pratap Rudy.

The Prime Minister also spoke briefly, he said, adding that Naidu had told the members that the government was committed to getting all the Bills to replace ordinances passed in Parliament.