Narendra Modi: Committed to one rank one pension

On corruption free administration, Modi said: "Way to achieve this is to lay down policy on everything in black and white. Grey areas should be minimal." 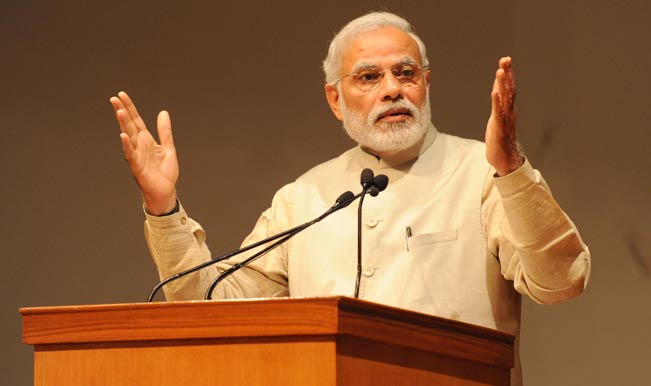 New Delhi, May 30:  Prime Minister Narendra Modi on Saturday said that his government is “committed” to the long-awaited One Rank One Pension (OROP) for ex-servicemen. “On OROP- the government is committed to OROP and there’s no doubt about it,” Modi said in a tweet. OROP relates to payment of uniform pension to defence forces personnel retiring in the same rank with the same length of service, irrespective of their date of retirement. (Read: Manohar Parrikar: Date for implementing One Rank One Pension not precise) Also Read - Breaking News January 18 Updates

In another tweet, Modi said that there was not a single instance of corruption during one year of his government. “I can say with pride that there has not been a single instance of corruption,” PM said while posting a link of an interview he gave to The Tribune newspaper. On corruption free administration, Modi said: “Way to achieve this is to lay down policy on everything in black and white. Grey areas should be minimal.” Also Read - Connecting India: PM Modi Flags Off 8 Trains to Statue of Unity | Check Full List, Routes And Timings Here

There has to be “zero tolerance” on corruption at the top, the prime minister said. “From the potential I have seen in the country, I believe there is no logic in it staying poor and underdeveloped,” Modi said in a series of tweets. Saying “farmer is the backbone” of our nation, Modi tweeted: “We need to modernise agriculture to improve productivity and quality.” In another tweet, he said: “Amazed at the response that I received for Swachh Bharat Mission, it was beyond my imagination.”