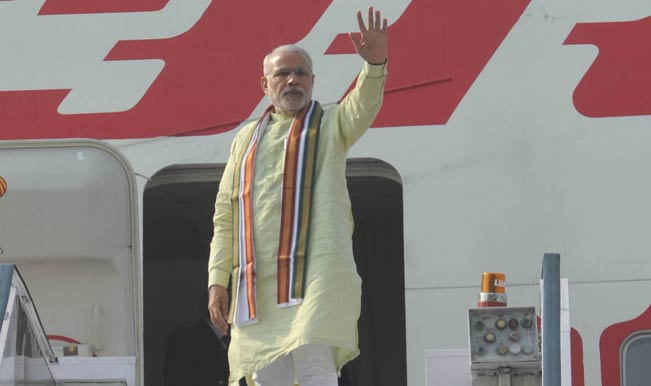 Modi had left India Nov 11 and attended the Asean-India and East Asia summits in Myanmar’s capital Nay Pyi Taw Nov 12-13. He left for Australia and attended the G20 summit in Brisbane Nov 15-16. After the summit, he addressed the Indian diaspora in Australia at a public event in Sydney. Read – Narendra Modi : India to play role of ‘Vishvaguru’ Also Read - Wear Masks, Maintain Social Distancing: Modi in Message to Bengal For Durga Puja Festivities | Highlights

He also addressed the Australian parliament in Canberra, addressed tbe Indian diaspora in the city and attended a dinner hosted in his honour by Australian Prime Minister Tony Abbott in Melbourne Tuesday. On Wednesday, Modi reached Fiji’s capital Suva where he addressed the Fijian parliament and interacted with representatives of civil society at the Fiji Technical University.

During the course of his three-nation tour, he also held a number of bilateral meetings with leaders of various countries.