Public reception organised by Indian community in US in honour of Narendra Modi in New York would be hosted by Miss America and a popular Indian-origin news anchor. 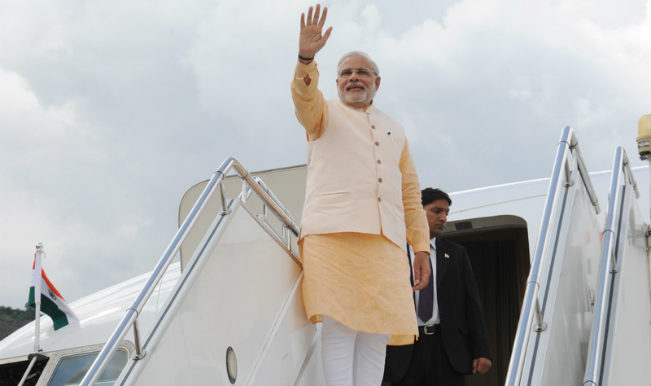 Washington, Sep 11: A high-profile public reception organised by the Indian community in the United States in honour of Prime Minister Narendra Modi in New York on September 28 would be hosted by Miss America 2014 Nina Davuluri and a popular Indian-origin news anchor. Davuluri, 25, is the first Indian-American to be crowned as Miss America 2014, and Hari Sreenivasan, 40, is a PBS NewsHour Weekend Anchor. Also Read - US: 7.5 Magnitude Earthquake Hits Off Alaska Coast Triggering Tsunami Warning

Nearly 20,000 Indian Americans are expected to be present at the prestigious Madison Square Garden on September 28 for Modi’s public reception, which is said to be the largest of its kind for any head of the State in the US. Also Read - 'Global Pandemic Made us Realise Importance of Technology, Teamwork': PM Modi at Grand Challenges Meet

“Citizens of the world’s greatest democracy are eager to hear from the leader of the world’s largest democracy,” said Anand Shah, spokesperson of Indian American Community Foundation (IACF) which was formed recently to bring together organisations across the Indian-American diaspora. The foundation has the support of more than 400 Indian American organisations from across the country.

Shah said there is a great enthusiasm among Indian Americans for the public reception of Modi, who was voted to power with an overwhelming majority this year the first in three decades.

“Tickets to the event are free. The programme has been generously sponsored by thousands of individuals who are excited to participate in an unprecedented show of support to promote a stronger friendship between the US and India,” Shah said in a IACF statement, which has received thousands of more applications from Indian Americans than the number of seats available at the Madison Square Garden.

A lottery would finally decide who would actually have a seat inside the Madison Square Garden to listen live to Modi. In addition to the thousands of general public, and community leaders, a large number of elected officials are also expected to attend Modi’s public reception.