A spread comprising of compressed avacados, crisped halibut, safron Basmati rice and salmon were part of the menu for dinner that US President Barack Obama 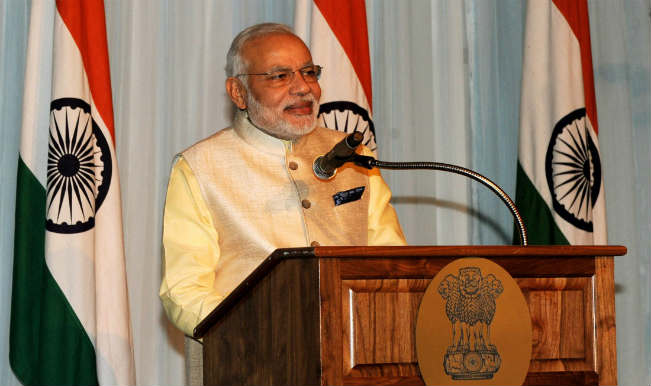 Washington, Sep 29: A spread comprising of compressed avacados, crisped halibut, safron Basmati rice and salmon were part of the menu for dinner that US President Barack Obama hosted for Prime Minister Narendra Modi, who had only warm water due to his fast. Though there was a plate put in front of the Prime Minister as per the protocol, he only had warm water and asked rest of the guest not to feel embarrassed and continue with their normal dinner, External Affairs Ministry Spokesperson Syed Akbaruddin said. Also Read - PM Modi Hails Passage of Farm Bills in Parliament, Calls it 'Watershed Moment in History of Indian Agriculture'

The dinner was attended by limited number of guests from each side. While from the US, Vice-President Joe Biden, Secretary of State William Burns, National Security Advisor Susan Rice, USAID’s Rajiv Shah were among the nine guests, Indian delegation had External Affairs Minister Sushma Swaraj, National Security Advisor Ajit Doval, Indian Ambassador here S Jaishankar and Foreign Secretary Sujatha Singh among others.
The dinner also had mango creme brulee for the guests. Also Read - PM Modi Likely to Hold COVID-19 Review Meeting With Chief Ministers of 7 Worst-hit States Next Week

The Prime Minister has been observing Navratri fasts for last 40 years and this year it coincided with his five-day US visit from September 26.