Narendra Modi on Xi Jinping’s visit: India and China should show sensitivity to each other’s concerns 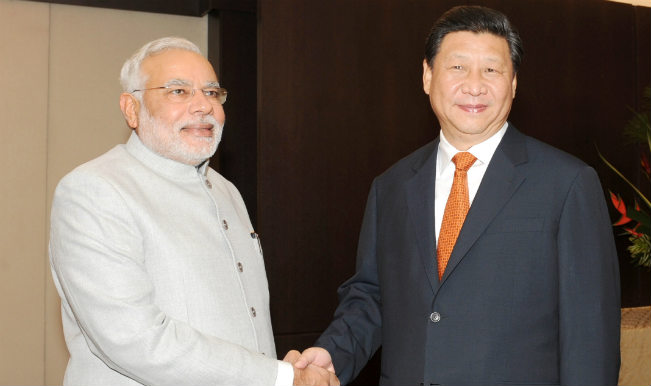 New Delhi, Sep 16: Preparing to receive President Xi Jinping, Prime Minister Narendra Modi today said India seeks progress on its “concerns” while underlining the need for China showing “sensitivity” and following the principle of mutual and equal security to realise full potential of the ties. Resolving to scale up ties with China, Modi said he was looking forward for closer developmental partnership with the neighbouring country but at the same time was seeking progress on “issues of concern” because their resolution will transform the atmosphere in the relations. Also Read - Mann Ki Baat: Farmers Playing Major Role in Building Atmanirbhar Bharat, Says PM Amid Protests Over Farm Bills

“For enhancing and further strengthening bilateral relations, we should show mutual sensitivity to each other’s concerns and aspirations, follow the principle of mutual and equal security, seek closer developmental partnership and enhance people-to-people exchanges to create better understanding.” His remarks came amid local authorities in Leh saying Chinese civilians in government vehicles have entered Indian territory in Demchok in Ladakh and are preventing locals from working on an irrigation project there. The contentious boundary dispute will be among the issues to be discussed by Modi and Xi. Also Read - COVID-19 Impact: No Government Organised Navratri Festival in Gujarat This Year

“I am looking forward to deepening our engagement across the full spectrum of our bilateral relations, but also seeking progress on issues of concern, because resolution of these issues will transform the atmosphere in our relations and allow us to realise the full potential of our relations,” the Prime Minister said. Seeking greater engagement in diverse areas between the two countries, Modi said, “China is important for the future of this region and the world.”

Noting that his government attaches high priority to relations with China, Modi said he would like to give a new terminology to tomorrow’s meeting with the Chinese President. “I call it ‘Inch towards Miles’. INCH that is ‘India-China’; towards MILES that is- ‘Millennium of Exceptional Synergy,'” Modi, known for coming up with catchy slogans and phrases, told a group of Chinese journalists. He said simultaneous transformation of our two countries, on a scale and at a speed that probably is unprecedented in history, provides enormous opportunities for our two countries to reinforce each other’s growth and, at the same time, sustain Asia’s economic resurgence.