The fourth 'border haat' (market) along the India-Bangladesh border is likely to be jointly inaugurated next month by Prime Minister Narendra Modi and his Bangladeshi counterpart Sheikh Hasina when the former visits Dhaka on June 6-7, an official said here Thursday. 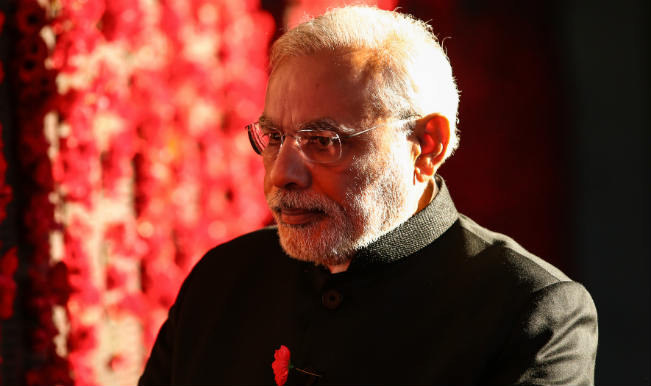 Agartala, May 28 : The fourth ‘border haat’ (market) along the India-Bangladesh border is likely to be jointly inaugurated next month by Prime Minister Narendra Modi and his Bangladeshi counterpart Sheikh Hasina when the former visits Dhaka on June 6-7, an official said here Thursday. The ‘border haat’ at Kasba in western Tripura is the second in the state and the fourth along the India-Bangladesh border. It has been established at the Indian commerce ministry’s expenditure to boost trade in local produce of areas on the two sides. Also Read - ‘You Can’t Teach Dignity’: TMC Leaders Slam BJP For Chanting Religious Slogans at Netaji Event

“The border haat management committee (BHMC) comprising officials of Tripura’s Sipahijala district and Bangladesh’s Brahmanbaria district held a meeting on Wednesday and tentatively finalised the schedule of the opening of the border haat,” District Magistrate of Sipahijala, Pradip Chakraborty, told IANS. He said the BHMC has agreed to jointly open the border haat through a video conference system from Dhaka next month by Modi and Sheikh Hasina during the Indian prime minister’s trip to Dhaka on June 6-7. Also Read - From LAC to LOC, World Witnessing Powerful Avatar of India Envisioned by Netaji, Says PM Modi in Kolkata

“Final confirmation from the external affairs ministries of the two countries, however, is yet to be received.” The authorities have also decided that the ‘border haat’ would be allowed to sell 15 to 16 local agricultural and horticultural products, spices, minor forest produce (excluding timber), fresh and dry fish, dairy and poultry products, cottage industry items, wooden furniture, handloom and handicraft items. (ALSO READ : Vijay Goel: Narendra Modi has brought India out of gloom of UPA days)

Tripura Industries and Commerce Minister Tapan Chakraborty said that the Indian commerce ministry has given Rs.2.48 crore to set up the border haat at Kasba, 30 km south-west of Agartala. The border haat, which would be open for six hours, would run every Thursday from 9.30 a.m. (Indian time). India’s Commerce and Industry Minister Nirmala Sitharaman, accompanied by her Bangladeshi counterpart Tofail Ahmed and the Tripura Chief Minister Manik Sarkar, jointly inaugurated Tripura’s first ‘border haat’ in Srinagar – about 140 km south of state capital Agartala – on January 13.

Two border haats were set up in 2012 on the Meghalaya-Bangladesh border — at Kalaichar (India)-Baliamari (Bangladesh) and at Dalora (Bangladesh)-Balat (India). Chakraborty said that a Land Customs Station (LCS) at Western Tripura’s Srimantapur, bordering Comilla district of Bangladesh, is also ready for operationalisation to facilitate border trade between the two countries. Tripura has eight LCSs along the Bangladesh border to regulate trade between India and Bangladesh.

“After inauguration of Srinagar ‘border haat’ on January 13, commodities worth Rs.6.50 lakh were sold every Tuesday on an average. As per the understanding between the two governments (Bangladesh and India), the ‘border haat’ functions once a week,” the minister said. He said the Tripura government had proposed to set up eight ‘border haats’ along the state’s borders with Bangladesh, but the governments of the two countries had so far agreed to set up only four.

Equal numbers of traders (25 to 30) from both sides living within a five km radius of the border are being allowed to sell and buy locally produced goods and crops. According to a union home ministry report, India is keen to set up 70 border markets along its border with Bangladesh.

The four north-eastern state governments — Manipur, Arunachal Pradesh, Nagaland and Mizoram — have also proposed the setting up of 15 ‘border haats’ along the India-Myanmar border to develop trans-border trade and business. India and Bangladesh share a 4,096-km border along West Bengal (2,216 km), Tripura (856 km), Assam (263 km), Meghalaya (443 km) and Mizoram (318 km). The two neighbours have 2,979 km of land border and 1,116 km of riverine boundaries.

The four north-eastern states of Arunachal Pradesh (520 km), Manipur (398 km), Nagaland (215 km) and Mizoram (510 km) share 1,643 km of an unfenced border with Myanmar. India and Myanmar have a border trade through Moreh in Manipur. An official of Mizoram’s commerce and industry department in Aizawl said that with a view to promoting India-Myanmar border trade, an LCS at Zokhawthar in Champhai District of Mizoram has been completed and is ready for formal inauguration. Union Minister of State for Home Affairs Kiren Rijiju visited the proposed India-Bangladesh border trade at Kawrpuichhuah in Lunglei district of Mizoram on May 27 and discussed with the officials about the opening of border trade through the site.