Narendra Modi to Chuck Hagel: Looking forward to US visit

Narendra Modi told US Defence Secretary Chuck Hagel that he looked forward to his visit to the US in September. 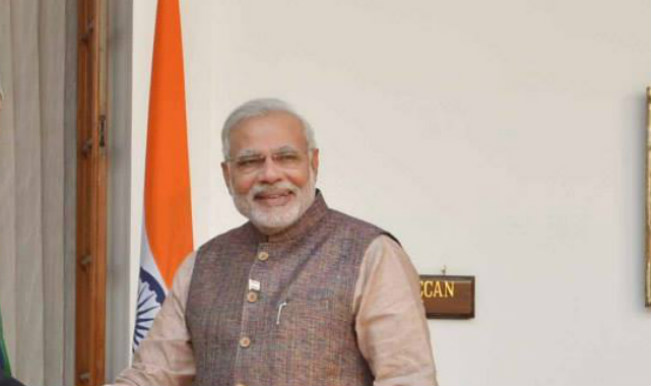 New Delhi, Aug 8: Prime Minister Narendra Modi told visiting US Defence Secretary Chuck Hagel that he looked forward to his visit to the US in September that would provide “an opportunity to see how the world’s oldest democracy and the world’s largest democracy can build a partnership for peace, stability and prosperity in the world”. Also Read - Delhi Chalo: Arvind Kejriwal Attacks Centre For Preventing Farmers From Holding 'Peaceful' Protests

“The prime minister welcomed the sustained high-level engagement by the United States with the new Government in India,” a statement from the Prime Minister’s Office said. During the talks, Modi expressed concern about the deteriorating situation in Iraq and its potential implications for the region, where India has vital stakes. Also Read - Naveen Patnaik Writes To PM Modi Urges Centre To Issue Timeframe for CBSE Exam 2021

Hagel briefed Modi on the announcements by President Obama on the steps that the US plans to take to deal with the situation, the statement said. Modi also noted that early completion of the presidential election process in Afghanistan and a smooth transition of power is essential for sustaining progress towards peace, stability, democracy and development in that country.

They also discussed their shared interest in peace and stability in the wider Asia-Pacific region. The prime minister underlined the importance of defence relations in the overall strategic partnership between the two countries and indicated his desire to see further progress in defence relations, including in defence manufacturing in India, technology transfer in the area of defence, exercises and higher studies in the field of defence.

Modi “reiterated that he looked forward to his visit to the United States not just as an occasion to think in terms of what we can do for each other, but also as an opportunity to see how the world’s oldest democracy and the world’s largest democracy can build a partnership for peace, stability and prosperity in the world,” the statement said.