Narendra Modi to have over 30 engagements in US: External Affairs Ministry

Prime Minister Narendra Modi will have over 30 engagements during his upcoming visit to the US, the external affairs ministry said Tuesday 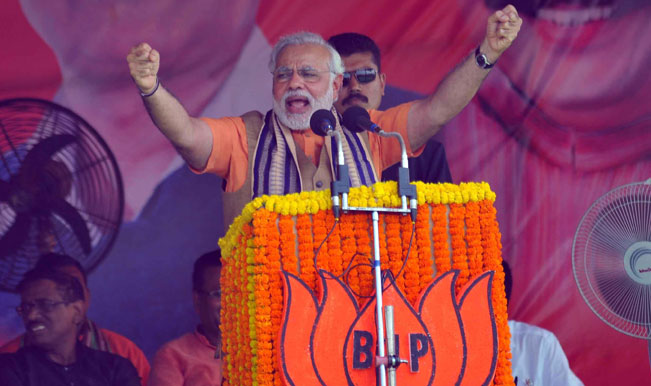 Also Read - 19 Years of 9/11: Lesser-Known Facts About the Dreadful Terror Attack That Shook The World

New Delhi, Sep 23: Prime Minister Narendra Modi will have over 30 engagements during his upcoming visit to the US, the external affairs ministry said Tuesday. Modi will meet four “leading” figures of the US administration, including President Barack Obama Sep 29 as well as Sep 30 when he is in Washington, ministry spokesperson Syed Akbaruddin told the media here. Also Read - Unarmed Black man Dies of Suffocation After New York Police Pin Him Down, Put a Spit Hood on His Head

The prime minister will also meet US Vice President Joe Biden, who will host a lunch for him along with Secretary of State John Kerry, Akbaruddin said. Secretary of Defense Chuck Hagel will also call on the prime minister. Also Read - In a First, Tricolour to be Hoisted at The Iconic Times Square in New York on Independence Day

Modi would meet former US president Bill Clinton and former secretary of state Hillary Clinton, the spokesperson said. Besides, the prime minister will meet the governors of three states as well as the mayor of New York.