Narendra Modi will only attend SAARC Summit in Nepal

Prime Minister Narendra Modi will travel to Nepal to attend only the SAARC Summit in Kathmandu Nov 26-27 and not go to Janakpur, Lumbini and Muktinath, it was announced here Sunday 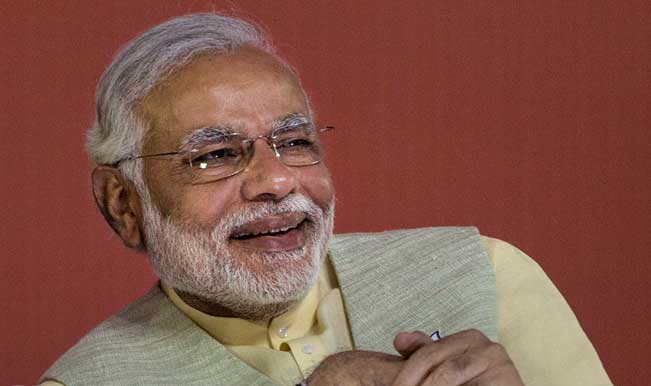 New Delhi, Nov 23: Prime Minister Narendra Modi will travel to Nepal to attend only the SAARC Summit in Kathmandu Nov 26-27 and not go to Janakpur, Lumbini and Muktinath, it was announced here Sunday. The external affairs ministry said this was decided due to Modi’s “unavoidable domestic commitments and pre-scheduled travels within” India. Also Read - Mann Ki Baat Highlights: PM Modi Bats For Buying Local Products on Dussehra

Prime Minister Narendra Modi will plant a sapling of Bodh Gaya’s sacred Bodhi tree in Lumbini during his visit to Nepal next week, an official said Saturday. “The Bodh Gaya Temple Management Committee (BTMC) has given a sapling of the sacred Bodhi tree to Consulate Krishna Chaitanya who took this to Nepal Friday evening,” its member secretary N. Dorjee said. Also Read - US Election 2020: 'PM Modi, Trump Get 'Along So Well', Says Former US Envoy; Claims Relationship With India Has Never Been This Stronger

He said priests of Bodh Gaya’s Mahabodhi temple performed rituals before the sapling was sent to Nepal. “A special prayer was offered at the sanctum sanctorum of the Mahabodhi temple for the healthy growth of the sapling in Nepal,” he said. A team of scientists at Dehradun-based Forest Research Institute treated the sapling and approved it to be healthy.

He said the sapling will be planted Nov 26 by Modi at Maya Devi temple in Lumbini – the birthplace of Buddha. President Pranab Mukherjee has given a sapling of the sacred Bodhi tree to Vietnam during his visit in September 2014. Earlier former prime minister Manmohan Singh gifted a sapling of the Bodhi tree to South Korean President Park Geun-hye as goodwill gesture when she visited India.

Buddhists revere the holy Bodhi tree and even its leaves are worshipped by them. The 1,500-year-old Mahabodhi temple is a World Heritage Site where Buddha attained enlightenment around 2,500 years ago. The Bodh Gaya temple is visited by millions of pilgrims annually from all over the
world, especially from Sri Lanka, China, Japan and the southeast Asian region.