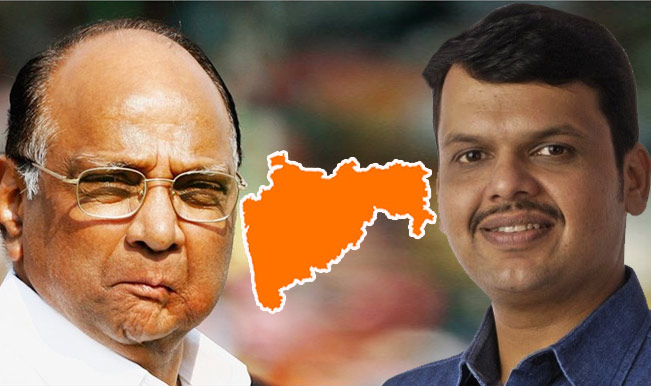 Nationalist Congress Party (NCP) chief Sharad Pawar has a reputation for being an unreliable partner. Bolstering that perception, Sharad Parawr asked his party workers to be prepared for snap polls in Mahrashtra. ”We have to be ready to face snap polls in Maharashtra,” he said addressing a two-day party meeting which began today at Alibaug in Maharashtra’s Raigad district. Sharad Pawar’s statement is considered a clear warning for Bharatiya Janata Party’s minority government in Maharashtra as NCP may bring its support back anytime. Also Read - Former Maharashtra Minister Eknath Khadse Quits BJP, to Join NCP on Friday

Soon after the Maharashtra Assembly Election results were declared, Sharad Pawar’s NCP offered its ‘unconditional’ outside support to the BJP in the state assembly. The development prompted allegations over the NCP that the party took this step to prevent corruption probes against the party leaders. NCP’s unconditional support gave BJP an edge over Shiv Sena that was looking to make use of opportunity as BJP required support from other party to form government in Maharashtra. Political pundits also claimed that NCP’s move was a power game played by Sharad Pawar to create bitterness between BJP and Shiv Sena and to get some power at Centre. Also Read - Anyone With Self-respect Will Not Continue to Hold The Post: Sharad Pawar on Maharashtra Governor

After weeks of extensive negotiations, the BJP failed to strike a deal with its former ally, the Shiv Sena in formation of government and decided to go ahead with NCP. With NCP’s outside support, Chief Minister Devendra Fadnavis had won a controversial confidence vote last week.

After all this NCP emerged as a big-gainer as its move to support the BJP helped further to marginalise the Congress and to push the Shiv Sena aside.

With this latest development, one thing is confirmed that the BJP cannot rely on NCP for long term. Will the BJP government collapse in Maharashtra or re-election happen? It is hard to predict but by taking double stand NCP succeeded to create confusion between the two decades old alliance. What NCP has lost is people’s faith which is not a positive sign for the party if the party wants to survive in the state.