NDA did away with UPA’s ‘jhooth,loot ki sarkar

Days ahead of marking its first year in office, NDA government today strongly rebutted the opposition's charge that it was "anti-poor" and asserted that the Narendra Modi dispensation believed in growth and social justice and had ended crony capitalism which was "rife" under UPA's tenure. 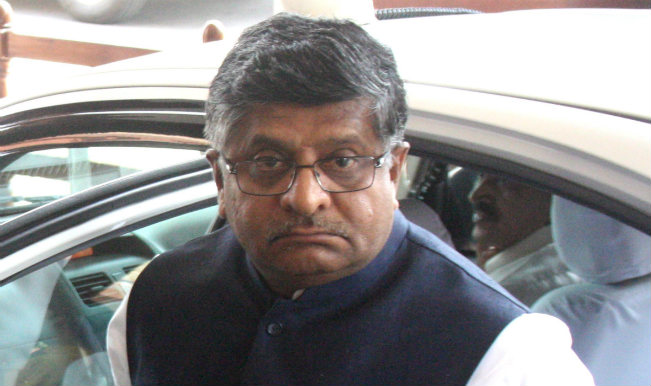 New Delhi, May 21: Days ahead of marking its first year in office, NDA government today strongly rebutted the opposition’s charge that it was “anti-poor” and asserted that the Narendra Modi dispensation believed in growth and social justice and had ended crony capitalism which was “rife” under UPA’s tenure.Telecom Minister Ravi Shankar Prasad said brokers are “no longer seen in the corridors of government offices” since the BJP-led government entered office about a year ago while claiming that they had called the shots under UPA rule when party leaders sent “chits” to ministers to influence decision- making.(Also read: Government stalling development, taking credit for UPA works: Rahul gandhi) Also Read - BJP Tweets Old Video of Mamata Banerjee Reciting Islamic Prayer, Slams Bengal CM For Her Netaji Event Reaction

Taking part in an event organised by news channel Aaj Tak, senior Congress leader Ghulam Nabi Azad accused the government of “self-glorification” and said it gave an impression that whatever it was doing, including the foreign tours of the Prime Minister, was happening for the first time.Noting that not a single Union minister had attended the function to mark the death anniversary of former Prime Minister Rajiv Gandhi, the Leader of Opposition in Rajya Sabha termed it “shameful”.Asked if Modi allowed ministers a say in the Cabinet and in their functioning, Chemicals and Fertilisers Minister Ananth Kumar said “nothing could be further from the truth” than the accusation that the Prime Minister centralised powers. Kumar insisted that Modi encourages them to come up with new ideas and discuss issues thoroughly. Also Read - Free Coaching to Uttar Pradesh Students For Many Competitive Exams From Basant Panchami: CM

Trying to turn the tables on the Congress over its “suit boot ki sarkar” jibe at the government, Kumar said the UPA dispensation was a “jhooth, loot ki sarkar” (government of lies and loot) while BJP rule was scam-free and honest.Pointing at social security schemes launched by the Centre, he said the opposition’s propaganda that NDA was anti- farmer was an attempt to spread “disinformation” and its impact was superficial.”At the ground level, people are with the policies of the Modi government,” he said.Prasad said the government would be setting up call centres in smaller towns like Bhagalpur, Deoria and Chhapra to provide employment to youths.”This country has seen politics over giving away ‘roti’ to people (poor) but not how to increase the number of rotis. This is what we are trying to do so that rotis can be distributed easily,” he said, adding, “We need investment as well as social justice.”