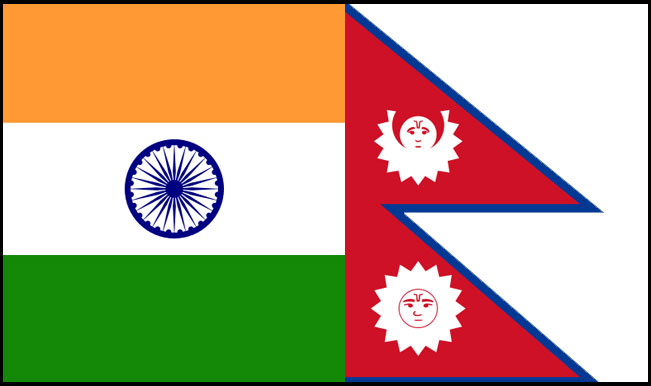 Also Read - 'China Back Off': Fresh Protests Break Outside Embassy in Nepal Over Alleged Chinese Intrusion

Kathmandu, Sep 24: In a very significant development in the power cooperation sector, Nepal and India have agreed to develop the much touted bi-national Pancheshwar Multipurpose Project and endorsed the charter for the Pancheshwar Development Authority (PDA). With the signing of the charter for the PDA, the two sides have renewed hopes of the 17-year-long bilateral project being implemeted. The project has an installed capacity of 6,720 MW and is expected to be a boon for development of Nepal and northern India. The multi- billion-dollar project’s costing will be revised after a cost analysis later. Also Read - Proud Moment! 17-Year-Old Surat Girl Appointed Green Ambassador By United Nations Environment Programme

The two-day meeting that ended in Kathmandu late Tuesday endorsed the PDA charter, signed by Nepal’s energy eecretary Rajendra Kishore Chetteri and India’s water resources Secretary Alok Rawat. This project will be a unique example of Nepal-India relations and cooperation, Rawat said. Both sides now have to come up with downstream benefits in accordance to the Mahakali Treaty signed in 1996 between Nepal and India. Pancheshwar is a key part of the Mahakali Treaty. Also Read - 16 Countries Provide Visa-Free Entry to Indian Passport Holders: Govt Tells Rajya Sabha

The project, to be developed on the Mahakali river on the Nepal-India border, is expected to generate 6,720 MW of power, and irrigate 93,000 hectares of land in Nepal and 1.6 million hectares on the Indian side. The charter came into effect from Tuesday itself, said Chetteri after the meeting. The regulation provides much-needed impetus to the implementation of the project, envisaged by the Mahakali Treaty signed 18 years ago. According to the agreement, the share of water and energy will be equally divided between both countries.

Acording to Nepali officials, the charter has guidelines for the functioning of the authority, formation of the governing body as well as the executive committee. Once the authority becomes functional, work on finalising a detailed project report, financial closure and construction will be undertaken. “We’ve made the treaty functional,” said Chetteri. “The authority will work as per the terms of reference (ToRs) that the two countries exchanged in August.”

Nepal and India exchanged the ToRs during Indian Prime Minister Narendra Modi’s visit to Kathmandu in August. The governing body of seven members from each country will be co-chaired by the energy secretary of Nepal and the water resource secretary of India. A chief executive officer will head the executive committee.

The CEO will be appointed every three years on rotational basis between Nepal and India. Both the countries have agreed to appoint the first CEO from Nepal. As provided by the charter, when the CEO is from Nepal, an additional CEO and finance director will be from India, and vice versa. The meeting decided that the first CEO would be appointed by the government, not from free competition as agreed earlier.

“The idea is to ensure that someone with experience of the Pancheshwar project leads the authority in order to ensure its timely completion,” said Keshav Dhwoj Adhikary, joint secretary in Nepal’s energy ministry. The meeting agreed to assign Wapcos Ltd. from India to upgrade data for the integration of detailed project reports prepared separately by Nepal and India.

“There is a need to recheck data available in Nepal and India,” said Rawat. He said the cost and benefits of the project could be analysed once the detailed project report (DPR) was finalised. Officials of both the countries said they were hopeful of completing the DPR in the next six to 12 months.