New Delhi Marathon: No bus will be available towards Nizamuddin, as they (buses) will be diverted towards Sarai Kale Khan.

New Delhi: The Traffic Police has issued an advisory in view of Marathon in the national capital on Sunday. Traffic could be adversely affected around Jawaharlal Nehru Stadium (commencing and finishing point of the runs) from 2 AM to 11 AM today, the advisory said.Also Read - Sachin Tendulkar to do Push Ups at New Delhi Marathon to Support Pulwama Attack Martyrs' Families

Meanwhile, traffic will not be permitted on route of New Delhi Marathon from 4:00 AM to 10:00 AM. Similarly, traffic will be restricted towards the route from any internal/colonies roads. However cross traffic may be permitted whenever there is sufficient gap between the Runners at any particular intersection. 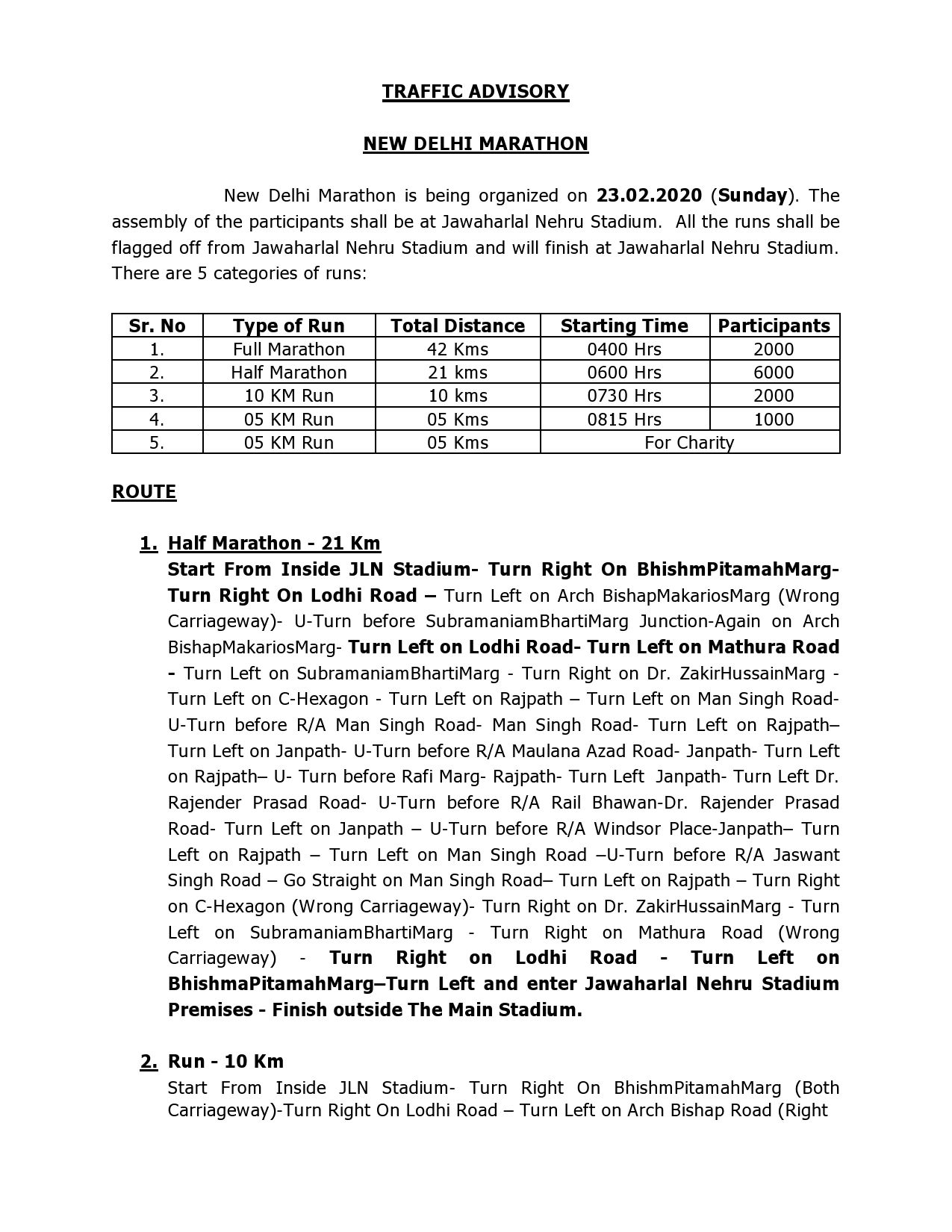 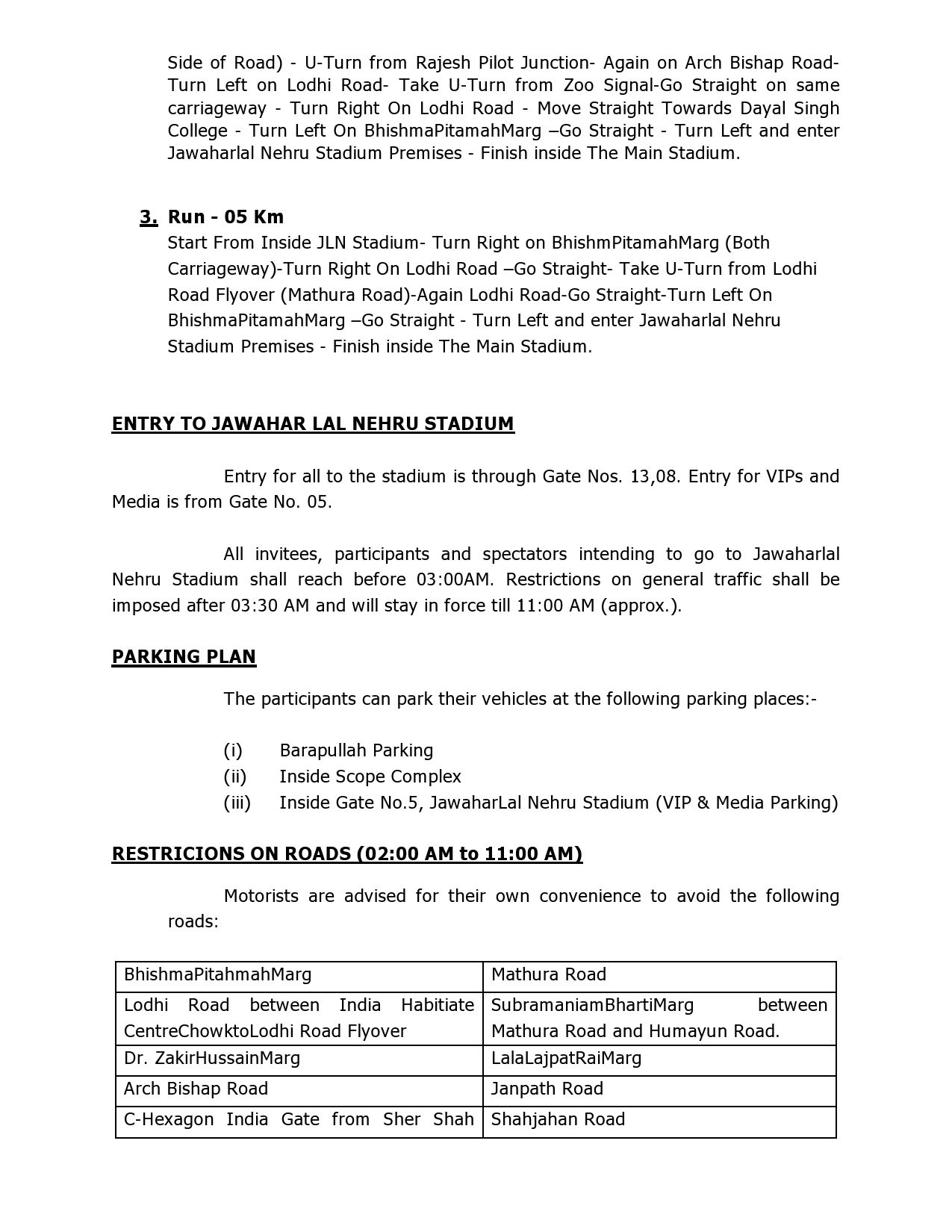 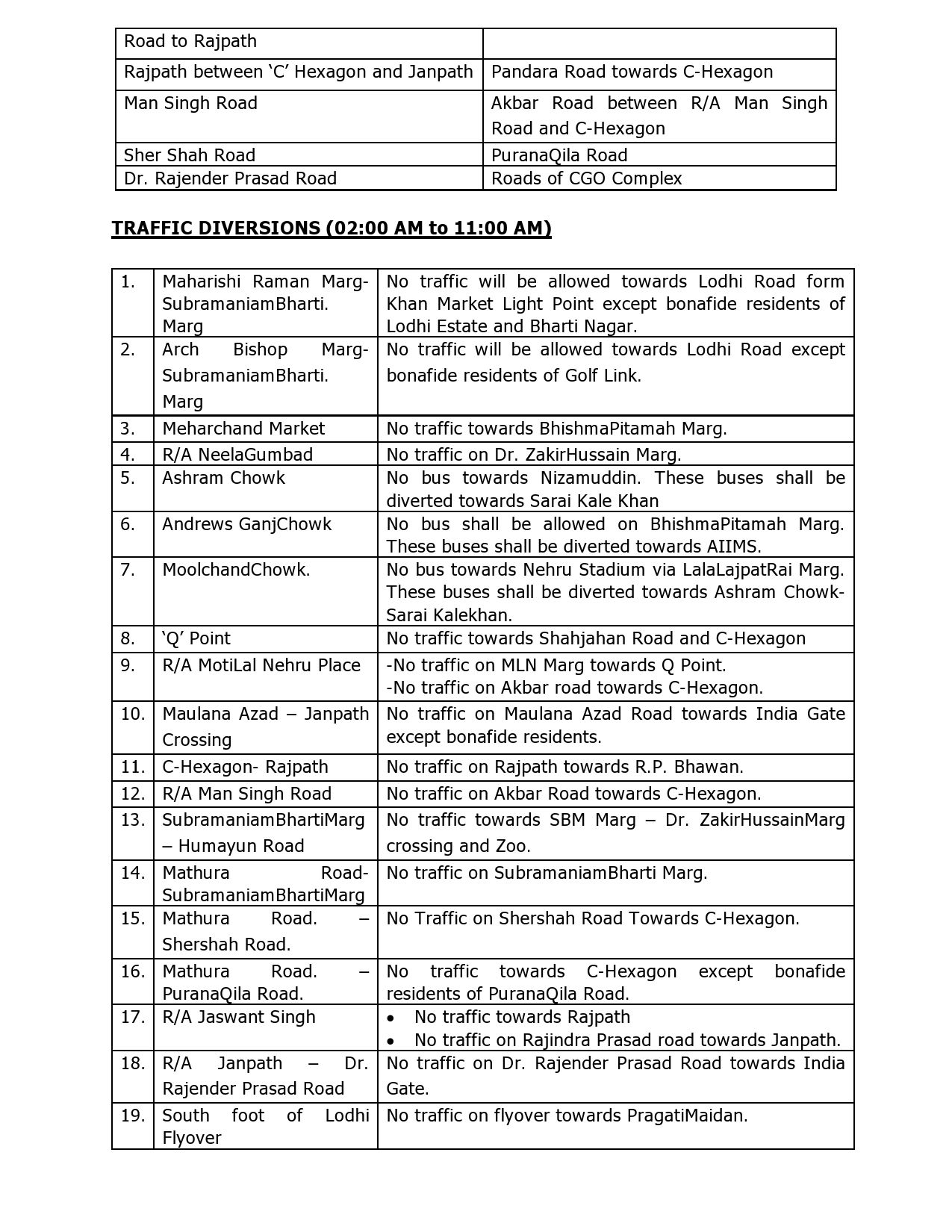 The marathon will start off at the iconic Jawaharlal Nehru Stadium with the route winding past historic landmarks like India Gate, Rashtrapati Bhavan and Rajpath.