Already under attack, CBI Director Ranjit Sinha today faced fresh fire from an NGO which moved the Supreme Court demanding that he be kept away from the coal block allocation scam probe because he interefered with it. 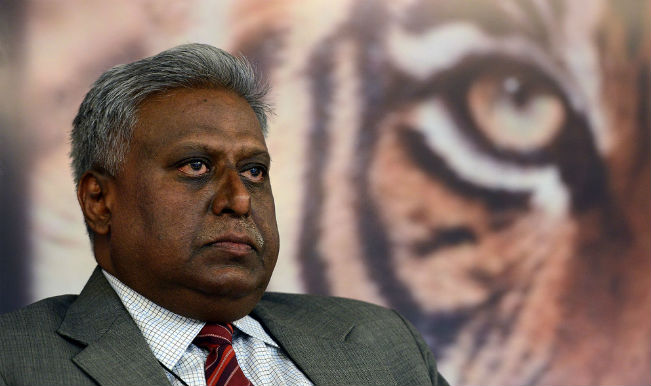 New Delhi, Sep 4: Already under attack, CBI Director Ranjit Sinha today faced fresh fire from an NGO which moved the Supreme Court demanding that he be kept away from the coal block allocation scam probe because he interefered with it. Also Read - COVID Situation May Worsen by Next Month: SC Asks 4 States to Submit Status Report Within Two Days

In an application filed in the court, NGO, Common Cause, referred to reports about the entry register at the CBI director’s residence containing names of “influential” persons allegedly involved in the coalgate scam. It accused him of scuttling the probe in the “high magnitdue” cases in which 20 FIRs for offences of corruption, cheating, and criminal conspiracy have been lodged and two charge sheets placed in trial court. Also Read - AG Venugopal Grants Consent For Contempt Proceedings Against Kunal Kamra Over His Tweet

The NGO alleged that the entry register, which it filed in a sealed envelope along with the application, suggest that influential people named in coal blocks scam, 2G cases and 4G scandal met Sinha and “many of the meetings were held late at night”. The application also referred to the apex court orders to keep the probe free from any interference and to the changing of the status reports of the probe at the instance of polictical executive.

The NGO said it was filing the application in the context of the “extraordinary developments” that have recently come to light. It claimed there are “incontrovertible” facts in the public domain which lead to the “inescapable conclusion” that it is necessary to remove Sinha from the case for ensuring fair and impartial investigations.

The application referred to the alleged instances that “enumerate the instances of undue interference on the part the CBI Director” in the coalgate probe.

“It is of particular significance that Sinha had several meetings with Vijay Darda, and his son Devendra Darda, who are being investigated in the case of illegal allocation of coal blocks.

“Sinha also met with Subodh Kant Sahay, former Union Minister, whose brother?s company is one of the beneficiaries of the allocation of coal blocks and is being investigated by the CBI,” the application filed through NGO’s lawyer Prashant Bhushan said. The fresh application was filed, hours after the hearing in the NGO’s plea in which Sinha’s recusal from the 2G spectrum scam matter has been sought. In this application, Bhushan has alleged that the entry registers at his residence portrayed a “very disturbing” and “explosive material”.

The NGO said that a trusted whistle-blower has brought to the notice of Bhushan some significant information contained in the entry registers of the years 2013 and 2014, which were maintained at the official residence of the CBI Director at 2, Janpath, New Delhi.

“This record, which has also been accessed by several media organizations, shows that the CBI Director had met at his residence several persons, who are the accused in prominent cases like Coal blocks allocation scam, 2G scam, 4G scam, etc., without any of the investigation officers being present. Many of the meetings were held late at night,” the application said.

“The aforesaid entry register of Sinha?s residence runs into hundreds of pages and contains thousands of handwritten entries. The entries contain specific details, including the name of the visitor, date and time of visit, and the vehicle number, which can easily be verified in any investigation.

“It is to be noted that Sinha did not meet all these accused persons at his office, or in the presence of the investigation officers. He only met them at his residence without the investigation team being present,” the application said while mentioning that a copy of the entry registers along with a list of prominent visitors was being filed in a sealed cover.

“Reliance and its officers have been chargesheeted by the CBI and the trial is about to get concluded as it is at the stage of defence evidence.”

“Sinha?s frequent meetings at his residence with the accused in prominent cases like coal block allocation scam and 2G scam are of a piece with the attempts to damage the CBI?s case in 2G cases, for which he was strongly criticized by Lalit, the then SPP.

“Hence, in the light of these facts and circumstances, it is respectfully prayed that in public interest and in the interest of fair investigations in the case, this Court may be pleased to direct that Sinha shall not interfere in coal block allocation case investigations and the prosecutions being carried out by the CBI, and shall withdraw from these cases,” the application said.