Nitesh Rane: I have earned candidature due to my work 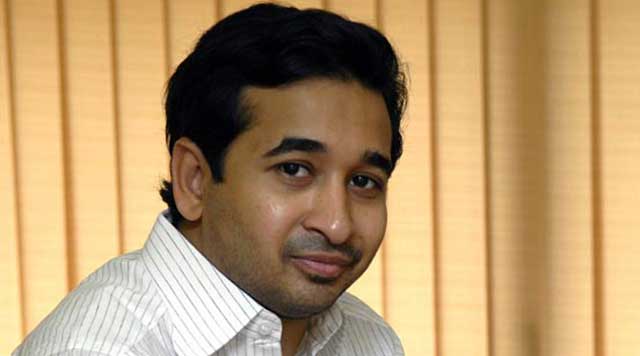 Kankavli (Maha), Oct 8: Congress candidate from Kankavli constituency Nitesh Rane said that he has earned his candidature for the Maharashtra Legislative Assembly elections through his work and not because he is son of former Chief Minister Narayan Rane. The 32-year-old leader said that he has worked for the the people and hence earned the ticket.

“I could have contested from Kankavli in 2009 (assembly polls) but I needed more time and worked through my organisation ‘Swabhiman’ for creating jobs for youth. My father gave ticket to Ravindra Phatak (in 2009),” he said. Nitesh said he is a primary member of the Congress. He said that candidate’s connect with voters is very important and that is what he was trying to do.

It is a wrong perception that Narayan Rane was depending more on his sons as his aides have deserted him, he said. “Ravindra Phatak was given ticket in 2009 from Kankavli while Rajan Teli was made MLA. They were given their dues. However, to cover up their own insecurities, my father’s aides created tensions between my family and local leaders.

“It is because of my father that Deepak Kesarkar became Sawantwadi Municipal Council President. It is good that all the former aides have either joined Sena or BJP,” he said. He said the Kankavli assembly segment comprises Kankavli Deogad and Vaiabhavwadi talukas and he has prepared a vision document for all three areas to upgrade infrastructure, electricity, water, education facilities and employment generation.

Nitesh said he is confident that the youth which had gone to the Sena and BJP in the Lok Sabha polls will support him.

Replying to a query on basic infrastructure always being a critical issue in Sindhudurg district, Nitesh said that development has taken place in the last few years and he would work to upgrade it further. Nitesh said Sindhudurg has been a backward area till his father first became an MLA.
“There has been consistent growth since then. I am giving a road map to voters for the next 25 years as my vision for the district on issues like health care that need further upgradation,” he said.

Attacking MNS chief Raj Thackeray, Nitesh questioned Thackeray’s criticism on Narendra Modi and said that Raj Thackeray had himself appealed to his partymen to support Modi in the Lok Sabha elections. “Raj, at a rally in Solapur had said that Maharashtra ministers should drink the water with which Modi baths,” he said.

Nitesh also alleged that Marathi-speaking people in Mumbai are not given flats in buildings constructed by Gujarati builders even though they offer premium rates for the flats.