Nitish Kumar questions NDA’s celebration of one year in office

Prime Minister Narendra Modi-led NDA government was celebrating its one year in office only on the basis of promises made to the people without allocating funds, Bihar Chief Minister Nitish Kumar today said. 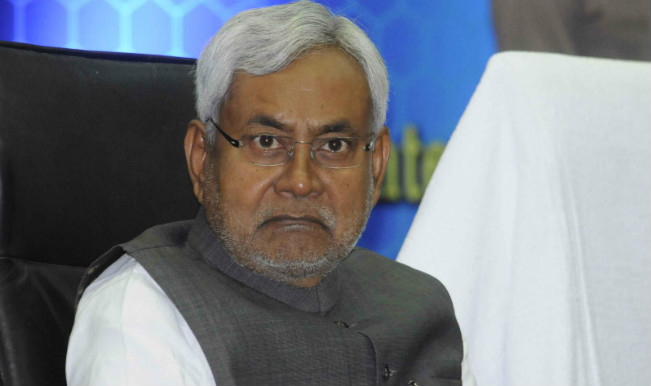 Alleging that the NDA government was discriminating against Bihar, Kumar said all preparations had been completed for the construction of a six-lane bridge over the Ganga at Kachhi Dargah in Patna. But instead of making available funds for the project as promised, the Centre was now talking of handing over the project to it, Nitish said. (READ : One year of Narendra Modi government: Nitish Kumar takes a dig at Modi; says people voted for Selfie, not selfless leadership) Also Read - Connecting India: PM Modi Flags Off 8 Trains to Statue of Unity | Check Full List, Routes And Timings Here

Likewise, only promises were being made for Gandhi bridge over the Ganga, considered the life line for north Bihar, the CM said at a function here.”Its election year in Bihar and several promises will be made. But, where is the fund for roads?” Kumar questioned while taking potshots at central ministers moving around in Bihar praising achievements of Narendra Modi government.

“The Centre shall make it clear whether Prime Minister Gramin Sadak yojna (PMGSY), MGNREGA will continue or not,” he asked. Rural Works Department minister Shrawan Kumar said a sum of Rs 11,000 crore would be needed for building rural roads under PMGSY scheme. “But, due to non-availability of funds, the condition of roads is becoming pathetic,” the minister said adding his department was constantly drawing attention of the Centre towards this but no result has come so far.