Bihar Chief Minister Nitish Kumar today appealed to banks to be partners in development and urged them to enhance the annual credit plan in the state. 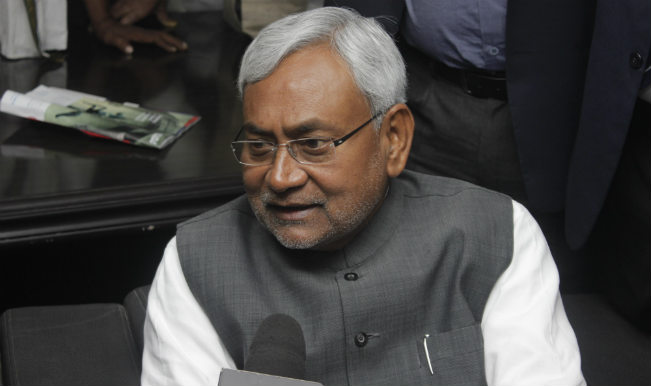 Also Read - Share Clues With Cops But Don't Demoralise Them: Nitish Lashes Out at Media Over IndiGo Manager's Killing

Patna, May 20: Bihar Chief Minister Nitish Kumar today appealed to banks to be partners in development and urged them to enhance the annual credit plan in the state. “The annual credit plan is small at present at Rs 74,000 crore. This needs to be increased by providing loan liberally in all sectors,” Kumar told a state-level bankers committee meeting here. Emphasising on renewable of Kisan credit card, he said while Cash depost (CD) ratio of banks in Bihar had increased from 32 per cent in 2005-06 to 44 per cent now, it was still far behind the national average of 76 per cent.(Also read: Nitish Kumar: RJD should contest all 243 seats) Also Read - Bihar DElEd Merit List 2020 Released by DIET Patna at dietpatna.com, Check and Download Bihar DElEd 2020 Merit List NOW

Stressing on improving banking network in the state and opening of more branches, he said “at present there is a bank branch for a population of 18,000 while national average is of 11,000 people.” Against a target to open 600 bank branches in 2014-15 fiscal, only 389 could be started, the Chief Minister said. Stating that 5,298 panchayats out of 8,400 in Bihar did not have a bank branch, he told bankers that a panchayat bhawan was being opened in every panchayat in which a bank branch could be opened. Also Read - Nitish Kumar Lands In Fresh Political Trouble After IndiGo Executive's Murder in Patna

He said that his government wished to distribute money under various welfare schemes to beneficiaries through bank accounts. “But, because of shortage of bank branches this could not be done,” he said, adding similar problem was witnessed in distribution of relief money too. “It has come to light that laid down protocol for transportation of money from one place to another is being violated,” he said and asked banks to improve their internal system.