No dilution of MNREGA scheme launched by the UPA

The government today allayed apprehensions over continuance or dilution of MNREGA scheme launched during the previous UPA rule and said all necessary funds have been released. 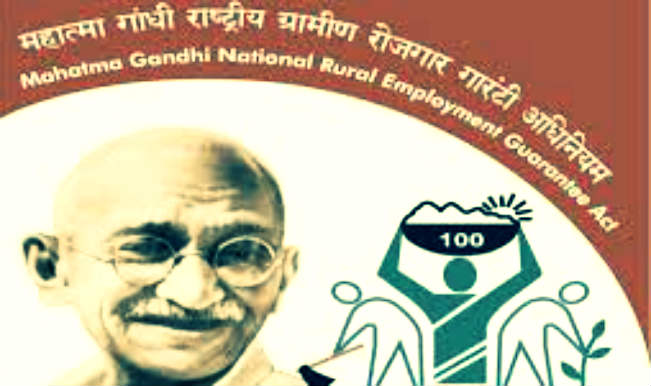 New Delhi, Nov 27: The government today allayed apprehensions over continuance or dilution of MNREGA scheme launched during the previous UPA rule and said all necessary funds have been released. “There is no ambiguity about the government’s intention.The scheme will continue in all the 6,500 blocks,” Rural Development Minister Birender Singh said in Rajya Sabha. Also Read - Hindu Mahasabha to Launch YouTube Channel on Nathuram Godse to Tell Youth About 'Good Work' Done by Him

He was replying to a Calling Attention motion on the reported move of the government to bring about changes in the MGNREGS by restricting the area of work and reducing the wage component of the fund allocation. Several members including former Rural Development Jairam Ramesh had sought a categorical reply from the Minister on whether the NDA government proposes to amend the Act and referred to a reported circular, which said the programme would be restricted to 2,500 blocks. Also Read - Burj Khalifa in Dubai Displays Mahatma Gandhi's Images on His 151st Birth Anniversary

Singh clarified that the programme would rather be “intensified” in the 2,500 blocks and would continue in rest of the country. He said that in this fiscal alone the Centre has already made a payment of Rs 23,000 crore as against the demand of Rs 34,000 crore. During the last financial year, the demand was Rs 33,000 crore.

The Minister also refuted allegations of some states being denied funds under the programme, saying funds are released only after audit reports are received from the states. In this regard, he said that funds to Odisha would be released in two days since his ministry received relevant documents only two days back. Singh said that reports from Jharkhand and Chhattisgarh are still awaited. Acknowledging that loopholes must be plugged, he emphasised on proper execution of the scheme to eliminate corruption.Citing Tripura, he said that the state excelled well in implementing the programme, Singh said few other states have also performed well in this regard.

He also assured that the 60:40 ratio on labour and material for the programme would not be diluted. Targeting the government over its reported move to bring changes in MNREGA, opposition members said it seems to be trying to wind up the ambitious rural job guarantee scheme launched by the UPA. Mahatma Gandhi National Rural Employment Guarantee Act (MNREGA) enacted in 2005 aims to provide 100 days of work to unskilled poor people living in rural areas.