No Fan, Coffee For Honeypreet in Police Lock-up: Here’s How Ram Rahim’s ‘Angel’ is Spending Her Days Behind Bars

Honeypreet has been kept inside a 10/14 cell at Chandimandir Police Station. The lock-up has no ceiling fan due to security reasons. The 'adopted' daughter of rape convict Dera head Gurmeet Ram Rahim has been given a single blanket to sleep.

Honeypreet has been kept inside a 10/14 cell at Chandimandir Police Station. The lock-up has no ceiling fan due to security reasons. The ‘adopted’ daughter of rape convict Dera head Gurmeet Ram Rahim has been given a single blanket to sleep. Also Read - Dera Chief Gurmeet Ram Rahim Granted One Day Secret Parole

According to a report in Dainik Bhaskar, Honeypreet loves coffee and chocolates. However, she is being provided only tea, twice daily, in the police lock-up. Also Read - Out on Bail, Honeypreet Insaan Meets Dera Chief Gurmeet Ram Rahim In Sirsa Jail

No Coffee, Sumptuous Meal For Honeypreet 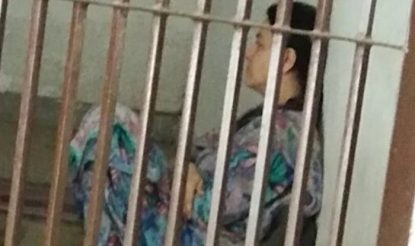 Reports say Honeypreet has demanded coffee on several occasions but police have turned downed her plea. Honeypreet is provided tea at 7 am and 9 am and breakfast at 11 am.

Honeypreet, whose meal once included a variety of vegetarian dishes, is being provided daal (cooked plain pulses) and roti in dinner the behind bars.

Honeypreet Insan was sent to a six-day police remand by a Panchkula court last Wednesday. Police had sought a 14-day remand.

Honeypreet Taken To An Undisclosed Location For Interrogation

Honeypreet was taken to a undisclosed location for interrogation as the police said she was not cooperating in probe and providing misleading answers.

“Honeypreet was not fully cooperating with the police in the investigation and was evasive in her replies. She is misleading the police,” Panchkula Police Commissioner A S Chawla had said.

According to reports, Honeypreet and her close aide Sukhdeep Kaur were taken to an undisclosed location and questioned by the police. Sources said the police have prepared a list of 300 questions for Honeypreet.

Priyanka Taneja (36), alias Honeypreet, who calls herself the adopted daughter of Dera chief Gurmeet Ram Rahim Singh, was arrested from Zirakpur-Patiala road in Punjab on October 3 after a 38-day chase.

Haryana Police had on September 1 issued a look-out notice against Honeypreet and another key aide of the Dera chief, Aditya Insan, following apprehensions that they might try to “escape from the country”.

Her name has been included in an FIR in which Dera functionaries Aditya Insan and Surinder Dhiman, among others, had been booked on the charge of sedition, inciting violence and arson.

Following the conviction of Ram Rahim on August 25, violence had erupted in Panchkula and Sirsa, the Dera headquarters, which claimed 41 lives and left scores of people injured.

The Dera chief has been sentenced to 20 years in jail for raping two women and is now lodged in Rohtak jail.