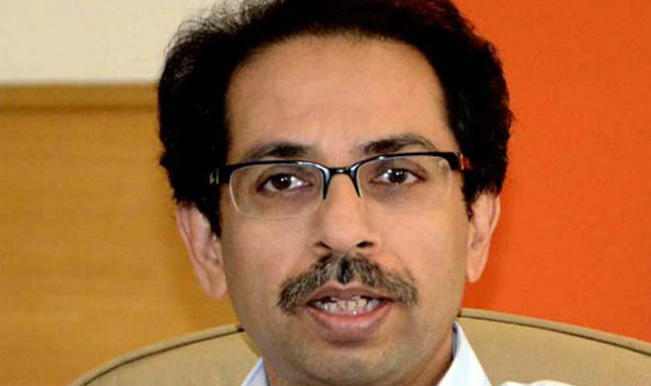 New Delhi, Nov 9: The simmering tension between Shiv Sena and BJP came to a boil today with Sena MP Anil Desai failing to take oath as Union Minister amid talk that Uddhav Thackeray will pull the party out of the government at the Centre and play Opposition in Maharashtra.
Desai, who was rushed to the national capital to reach here in time for the swearing-in, went back from the Delhi airport itself, apparently due to failure of BJP to address Sena’s demands for ministerial berths in Maharashtra. Also Read - Suvendu Adhikari to File Nomination Papers From Nandigram Assembly Seat on March 12, Will Face Mamata Banerjee

Sena sources said that the party chief has convened a meeting in Mumbai this evening which could decide to play the role of opposition in Maharashtra and that he could direct Anant Geete, party’s lone representative in the Narendra Modi Cabinet, to resign. Geete had tried in vain last night to meet the Prime Minister after which he was asked by the Sena leadership to come to Mumbai. Read – Shiv Sena recalls its nominee from cabinet expansion Also Read - 10 Less Explored Destinations in Maharashtra That You Must Visit

Geete had said yesterday that it was not clear if Sena would be part of the ministry expansion but this morning there were enough hints from the party that Desai will be taking oath and had left Mumbai to attend the swearing-in ceremony. Sena wanted the BJP to sort out unresolved issues over it joining the Devendra Fadnavis government in Maharashtra first.

The Sena chief has demanded that his party should be inducted into the Fadanvis government before it faces the trust vote. “The picture will be clear tomorrow after meeting of Sena legislators,” Uddhav had told reporters last night. Thackeray’s meeting in Mumbai this evening is significant as party legislators are attending it on the eve of the Maharashtra Assembly session in which the BJP government will seek trust vote.
Fadnavis attended the swearing-in along with several other BJP chief ministers today.

Sena sources have already cautioned the BJP that if it is going to align with Sharad Pawar’s NCP for the trust vote in Maharashtra, then Sena is free to take its own decision. Shiv Sena has been the oldest ideological ally of the BJP in the NDA but their 25-year-old alliance in Maharashtra collapsed ahead of the recent assembly polls over seat-sharing issue.