No official complaint on ‘love jihad’ so far: Maneka Gandhi

Asked whether she would like to comment on the absence of star campaigners, including her son Varun, during the bypolls, she said, "Absolutely not", and then quipped " 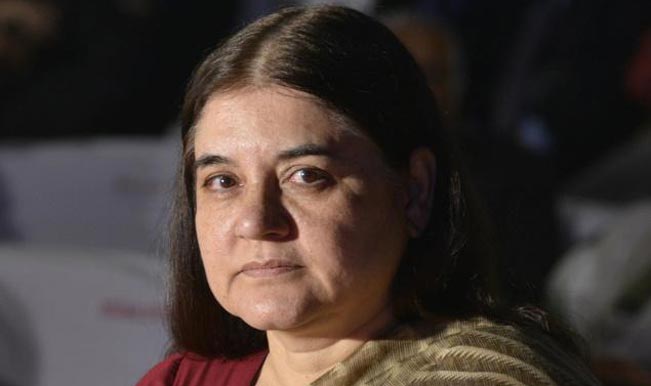 New Delhi, Sep 17 : Women and Child Development Minister Maneka Gandhi today said her ministry has not received any official complaint relating to ‘love jihad’, but as an MP she has been apprised of a few such cases. Asked about the issue of “love jihad”, Gandhi said at a press conference here, “…We have had no official complaint in the ministry, so as a minister, I cannot say that we have…” Also Read - Love Jihad in UP: Married Man With 4 Kids Wears Wig To Hide Age & Identity, Lures And Rapes Minor in Meerut

“However, as a Member of Parliament, in my constituency people have come and complained to me and there have been about seven to eight such cases which we have referred to the police. So I am going to separate the two,” she added. Responding to another question, Gandhi sought to clarify her earlier controversial remarks suggesting that money earned from illegal animal slaughter was being used for perpetrating acts of terrorism. Gandhi said she was quoting from a report of the Uttar Pradesh police. She also said that a leading daily had put that report of the UP police on its front page.

She was asked to comment on the reversals suffered by her party in the recent bypolls, especially in UP. “That’s so sad, I work so hard. I can’t answer a political question here because I am confined to the ministry. But as far as I know, I work really hard and that’s not fair,” she said. Asked whether she would like to comment on the absence of star campaigners, including her son Varun, during the bypolls, she said, “Absolutely not”, and then quipped “….Okay, so now we are just going to bring him back”.