New Delhi: As the Centre cancelled fugitive Nithyananda’s passport on Friday and the government of Ecuador clarified that it didn’t grant asylum to the self-styled godman wanted in India, an old video of Nithyananda went viral where the man, accused of kidnapping and sexual offences, is saying that no court can prosecute him. Because he is ‘Param Shiva’.

“No judiciary can touch me. M param shiva”
: #NithyanandaSwami from an undisclosed location. pic.twitter.com/WXdZ6bGCdO

Asked about reports that Nithyananda has founded his own country, foreign ministry spokesperson Raveesh Kumar said, “Setting up a website is different from setting up a nation.”

Meanwhile, his website kailaasa.org put up some job vacancies. 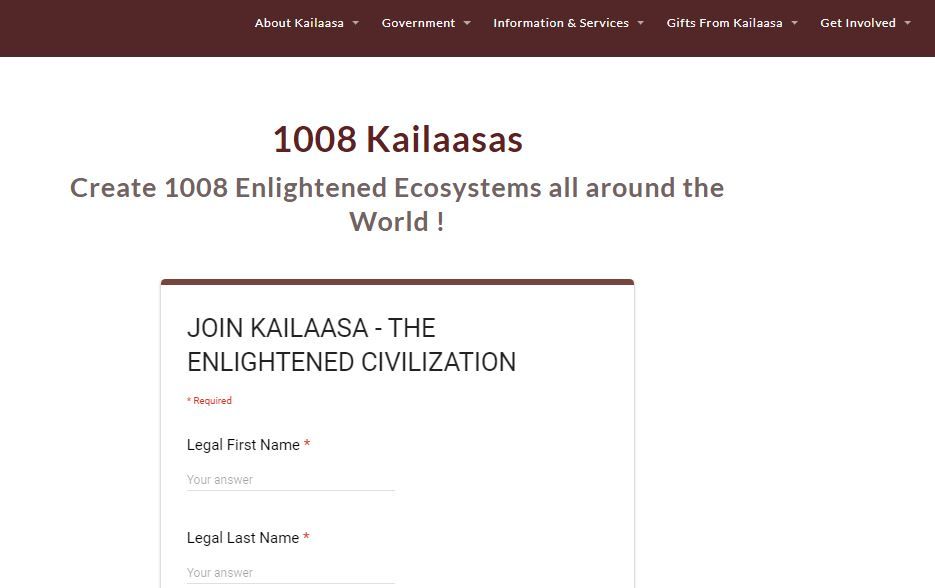 According to the website kailaasa.org, Nithyananda has set up the Republic of Kailaasa — a Hindu Rashtra — on an island off Ecuador in South America. English, Sanskrit, Tamil are the official languages of the country. It has its own flag, passports, emblem, national animal, bird, flower, tree. 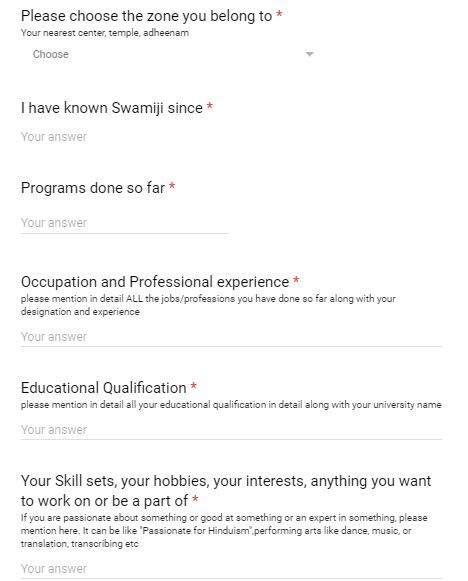 Screenshot of the job application form

“Kailaasa is a nation without borders created by dispossessed Hindus from around the world who lost the right to practice Hinduism authentically in their own countries.”

“Though the Kailaasa movement is founded in the United States, and spearheaded by members of the Hindu Adi Shaivite minority community, it is created for, and offers a safe haven to all the world’s practicing, aspiring or persecuted Hindus, irrespective of race, gender, sect, caste, or creed, where they can peacefully live and express their spirituality, arts, and culture free from denigration, interference and violence,” reads its website.