Considered to be one of the persons responsible for the fall of the Atal Behari Vajpyee government in 1999, former Odisha Chief Minister Giridhar Gamang today claimed that not his but the then National Conference member Saifuddin Soz's cross voting sealed its fate. 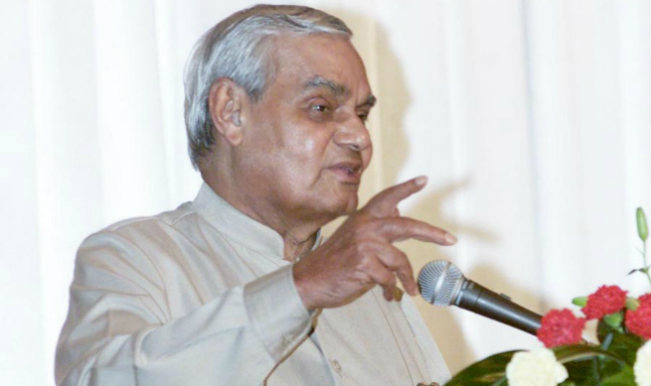 Bhubaneswar, May 30  Considered to be one of the persons responsible for the fall of the Atal Behari Vajpyee government in 1999, former Odisha Chief Minister Giridhar Gamang today claimed that not his but the then National Conference member Saifuddin Soz’s cross voting sealed its fate. “It was not my vote which turned the tables against the Vajpayee government but the cross-voting of Prof Saifuddin Soz. The Vajpayee government lost the confidence motion by one vote for the cross voting of Prof  Soz as he had gone against the whip of his party and voted against the motion,” he told reporters here. Also Read - Rift in BJP Ahead of Bengal Elections 2021, Workers Clash at Party Offices, Torch Vehicles

Gamang, who announced his resignation from the primary membership of Congress today, said he was being seen as the “bad” element due to a misconception that his vote ensured the defeat of Vajpayee government. “On April 17, 1999 there was voting on Confidence Motion moved by Prime Minister Vajpayee. I was asked by the Chief Whip of Congress party in Parliament to attend the House for participation in voting under the anti-defection law,” he said. (ALSO READ : Nawaz Sharif wishes AB Vajpayee on birthday, sends bouquet through Pakistan High Commission) Also Read - Mamata's Nephew Abhishek Banerjee Sends Legal Notice to BJP's Suvendu Adhikari

The confidence motion was defeated by 269 to 270 votes. “The fall of the government was triggered by the change of stand by Bahujan Samaj Party which had five members in Lok Sabha. BSP had earlier declared it would abstain from voting. However, it voted against the confidence motion. Soz also voted against his party’s whip. However, the six members and the lone member of AIRJP Sri Anand Mohan, who were hitherto with the opposition, voted in support of Vajpayee government,” Gamang recalled.

“I was a member of Lok Sabha from Koraput though I was the chief minister of Odisha and was not a member of the Odisha Legislative Assembly. Therefore, I attended and voted, not as a chief minister of the state, but as the constitutional right of a member of Parliament to vote.” “BJP had no agenda except ‘one’ vote of Gamang which brought down the government during their election campaign and was able to form NDA government with BJP and allies,” Gamang said.

“Since that time till today, I have been humiliated and suffered and have lost self respect, discussed and debated in public during every subsequent elections due to Congress party, which has never come out with the truth of the voting in the confidence motion in Lok Sabha in 1999. “The party also did not protect me from public criticism, which is painful for me because I had attended Lok Sabha and voted as directed by the party under the anti-defection law,” Gamang mentions in his resignation letter to Congress chief Sonia Gandhi.