The Congress on Monday rejected assertions by the ruling NDA that the opposition was trying to "obstruct" key bills in parliament and said prices of certain food items have gone up contrary to government claims. 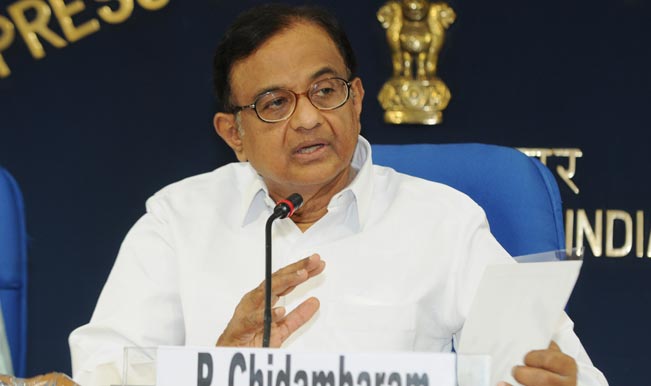 New Delhi, May 25: The Congress on Monday rejected assertions by the ruling NDA that the opposition was trying to “obstruct” key bills in parliament and said prices of certain food items have gone up contrary to government claims. “I reject the argument that we are obstructing,” senior Congress leader and former finance minister P. Chidambaram said at a press conference here. “We are not obstructing. Did we obstruct the insurance bill? They did it for five (parliament) sessions. I was virtually imploring them to pass it. Did we obstruct the black money bill,” he asked. (Also Read: P Chidambaram debutes on Twitter) Also Read - Shatabdi Roy Meets Mamata's Nephew Abhishek Banerjee, Says She Is Not Leaving TMC

Chidambaram said the government will not achieve double-digit growth by just accusing the opposition. “What are we obstructing? We asked for the Goods and Services Tax bill to be referred to a standing committee.” “They introduced eight amendments in the bill and members of parliament felt that it was an important constitutional amendment and deserves to go to a standing committee,” he said. Chidambaram said that though overall retail inflation has come down, the prices of certain food items have gone up. “There has been a rise in the prices of three dals, three-four key vegetables and milk, and this has hurt the average family. All that has been documented. It is not correct to say there has been no price rise,” he added. Also Read - Subhra Kundu, Wife of Rose Valley Group Chief Gautam Kundu, Arrested By CBI

“Decline in inflation took place due to policies followed by both the UPA and the NDA,” Chidambaram said. “The main reason for decline of prices is due to our friends who produce oil. It is neither because of NDA nor UPA.” Accusing the NDA yet again of being pro-corporate, he said: “If you ask the farmer, the average farmer today will give a zero out of ten (to the government). But if you ask a big industrialist, he will, of course, give ten out of ten. So it depends on who you are asking the question.” On accusations that the UPA government was scam-tainted, he said: “I am happy there is no scam, but only time will tell whether right decisions are being taken or wrong decisions are being taken.”

Chidambaram also took on Modi for his comments on Indians being ashamed of being born in the country. “I was born many many years ago. I am not ashamed to be an Indian,” he said. He also countered Defence Minister Manohar Parrikar’s statement on deploying terrorists to tackle terrorists. “India cannot use a terrorist to neutralize another terrorist. India has not deployed any terror elements in Pakistan during the UPA tenure.