Not Prime Minister Narendra Modi, it was Dr Manmohan Singh who shamed India abroad: Here’s how! 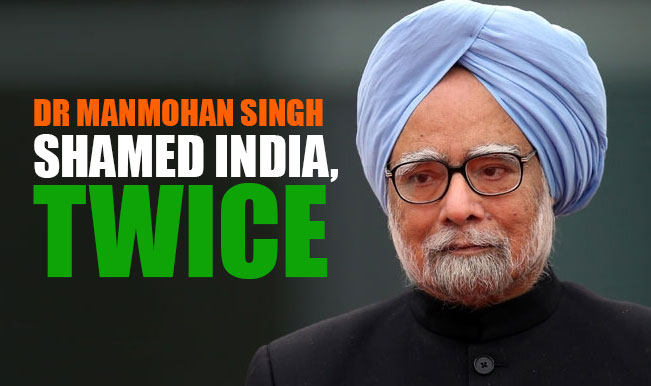 Prime Minister Narendra Modi came under severe scrutiny from both the general public as well as politicians across India for his alleged remark of “Indians being ashamed to be born in India, before their (BJP) government came to power”. The comment saw a backlash on Twitter as #ModiInsultsIndia was the top trend in India on social networking site Twitter. The Opposition did their best to divert the attention from PM Modi’s successful trip to China, Mongolia, and South Korea towards this baseless controversy. Also Read - India Set to Rollout World’s Biggest Vaccination Drive Today, 3 Lakh Health Workers to Get Shots on Day 1

However, hours after the 64-year-old PM was made a butt of jokes on social media, there arose a buzz that it was, in fact, former Prime Minister Dr Manmohan Singh who had shamed India abroad, and not once but twice! It was Manmohan Singh who humiliated India globally, when he visited United Kingdom in 2005 and United States of America (USA) in 2013. We take a look at both the instances in detail below: Also Read - Shatabdi Roy Meets Mamata's Nephew Abhishek Banerjee, Says She Is Not Leaving TMC 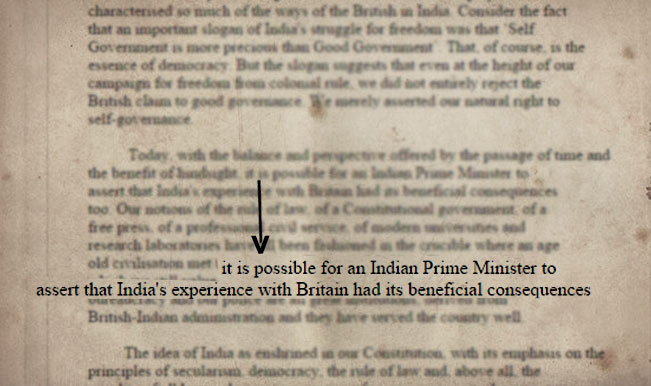 Excerpt: Today, with the balance and perspective offered by the passage of time and the benefit of hindsight, it is possible for an Indian Prime Minister to assert that India’s experience with Britain had its beneficial consequences too. Our notions of the rule of law, of a Constitutional government, of a free press, of a professional civil service, of modern universities and research laboratories have all been fashioned in the crucible where an age old civilisation met the dominant Empire of the day. These are all elements which we still value and cherish. Our judiciary, our legal system, our bureaucracy and our police are all great institutions, derived from British-Indian administration and they have served the country well.

Speaking at Oxford University after being conferred an honorary degree of Doctor of Civil Law, Singh had said that British Raj in India was beneficial. How could a Prime Minister, as much educated as Manmohan Singh, do a blunder as big as that? Manmohan Singh had proudly acknowledged the ‘beneficial consequences’ of British colonial rule like that of a “constitutional government, free press, professional civil service, modern universities and research laboratories”. 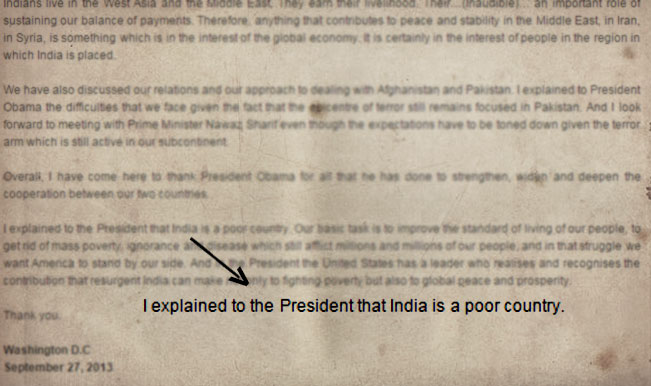 Excerpt: Overall, I have come here to thank President Obama for all that he has done to strengthen, widen and deepen the cooperation between our two countries. I explained to the President that India is a poor country. Our basic task is to improve the standard of living of our people, to get rid of mass poverty, ignorance and disease which still afflict millions and millions of our people, and in that struggle we want America to stand by our side.

Never ever before a Head of State had uttered such a thing about his own country. Playing petty politics and looking to score brownie points by wooing United States President Barack Obama, Manmohan uttered, “I explained to the President that India is a poor country”. This statement came only a year before Manmohan Singh vacated office.

Who shamed the country abroad, is your call to take! 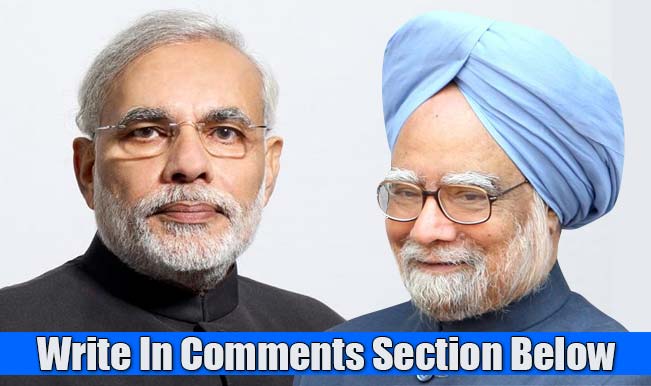 From Bhutan in June 2014, United States in September 2014, Australia in November 2014 to France, Germany, Canada, and China in 2015; PM Modi has been criticised for his innumerable foreign trips. Not once did Modi call Indians ashamed of being themselves, or used any variant thereof. However, with Opposition making no findings of culpability against Modi, as his government completes a year in office on May 26, the tirade against his foreign visits is something which they should be least bothered about.

In fact, wherever he visited, Narendra Modi has received a rockstar’s welcome. The echoes of a full-packed Madison Square Garden in New York is still a glittering memory. On the other side, not even a section of the population in India knew or were interested in which country Manmohan Singh was headed to during his 10-year tenure as prime minister.

But everyone knows that it was Manmohan Singh and not Narendra Modi who made Indians hang their heads in shame, not on one but two occasions! Do you agree? (Edited by Shweta Parande)