New Delhi: The number of Delhi’s containment zones soared up to 237 as six new areas were added to the list. Also Read - IPL 2021: "Our IPL Players Safely Back in The Caribbean” - Confirms CWI CEO Johnny Grave 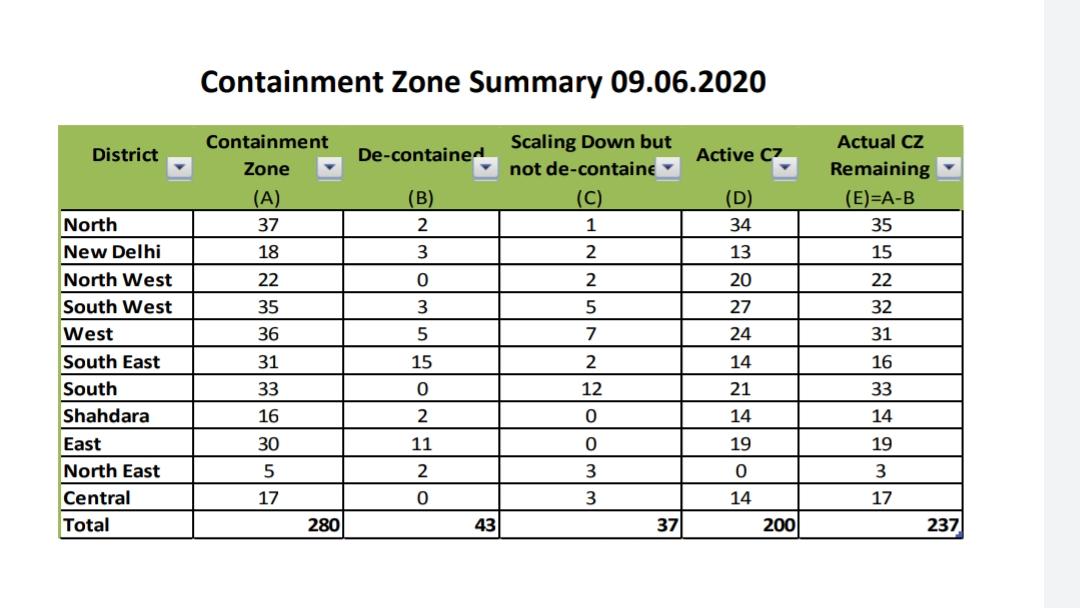 Among these 237 zones, 200 are active and curbs are being de-escalated in the rest 37 zones.

Deputy Chief Minister Manish Sisodia said the national capital may see its own case count reach 5.5 lakh by July 31 at the current rate of doubling of cases of 12.6 days, from nearly 30,000 at present. He, however, said the central government officials have maintained there was no community transmission of the novel coronavirus virus in Delhi.

Delhi Health Minister Satyendar Jain said the source of infection is “not known” in nearly half of the fresh cases being reported. He also said that the Kejriwal government is making all the preparations to handle the huge rush of patients estimated by June end.

Delhi Chief Minister Arvind Kejriwal, who had gone into self-quarantine on Sunday after he developed a sore throat and fever, has tested negative for COVID-19. He was tested on Tuesday morning. The fever has subsided and he is now feeling well, an official said.