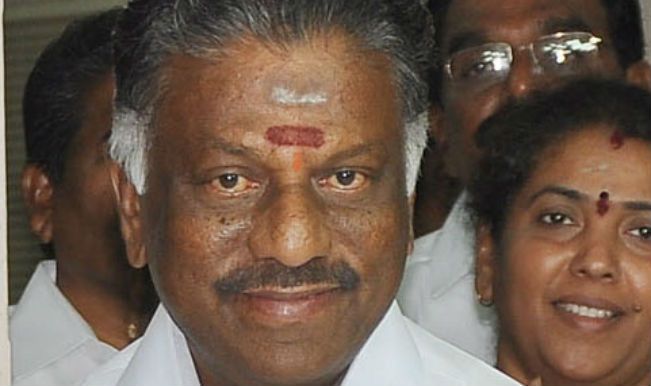 O Panneerselvam is considered a loyalist of Jayalalithaa. The party had to search for a successor of Jayalalithaa after a Bangalore court convicted her in disproportionate assets case and sentenced four years in jail and Rs 100 crore as fine. After the conviction, Jayalalithaa had to resign because as per the Supreme Court’s landmark verdict over tainted legislators, MPs and MLAs will be immediately disqualified if they are convicted in a criminal case. Also Read - ECB Terminates Players' Contracts For The Hundred

Before the decision came out, it was expected that Panneerselvam will hold the CM post because he had replaced Jayalalthaa in 2001 too when Supreme Court asked CM Jayalalithaa to step down as she was sentenced in Tansi case in 2000. That time also Jayalalithaa made her close aide O Panneerselvam her successor.

Apart from Panneerselvam, other names like Natham Viswanathan, V Senthil Balaji, Sheela Balakrishnan were also doing the rounds for the CM post but once again Jayalalithaa showed trust in him as she had already tested his loyalty when he first became the CM.