Odisha finalizes on setting up IIM at Sambalpur 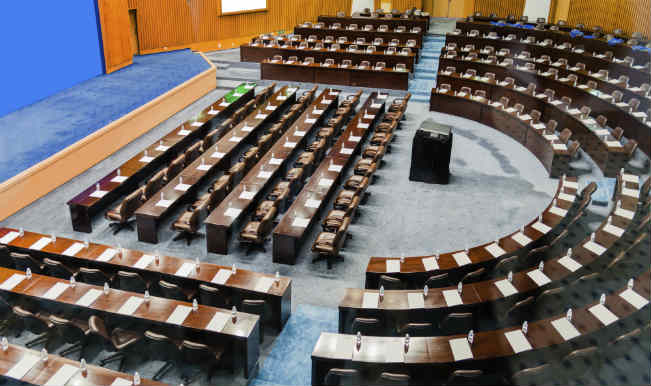 After protests and agitation for a long period of time, the state government has finally decided three location within Bhubaneswar for establishing the proposed Indian Institute of Management (IIM) in Odisha. The earlier five places in the short list has been rejected finalising Sambalpur in Bhubaneswar. The announcement says that places of Gothapatna, Argul and Jatni areas have been finalised due to the availability of infrastructural facilities like airport and express train according to the wishes of Union human resource development (HRD) ministry. Earlier 12 locations from six districts were zeroed down from which now the final place has been decided. Also Read - Pawsome! Newlywed Couple in Odisha's Bhubaneswar Feeds 500 Stray Dogs to Celebrate Their Wedding

The sudden announcement came after pressure on the government from civil society organisations and political leaders from backward classes. The recent development on finalising the place came after state government announced that the new IIM will be in Sambalpur. The announcement was made on November 29, 2014 by Pradeep Panigrahi, the Higher Education Minister in the assembly. Talking about the open university, he said, ” The proposed open university at Sambalpur will be first of its kind in the state. Therefore, its impact and jurisdiction will be vast,” Panigrahi said. He also stated, “The state government has already made provision of Rs 35 crore for establishment and infrastructure of the proposed open university.” Also Read - Heavy Rains Batter Andhra Pradesh, Odisha; People Shifted From Vulnerable Areas

This new university will encourage higher education and would also be a breeding ground for training and research programmes for students as well as teachers. They university will also help dropped out students and special attention to the ones according to their requirements. Students from backward and tribal-dominated districts of  Odisha will also be taken care by the university.