Earlier this morning, Odisha Chief Minister Naveen Patnaik thanked Mandaviya for the allocation of fertilizers in the monthly movement supply plans as per the requirement of the State and supply during the month of April. Also Read - 7th Pay Commission: THIS State Announces DA Hike of 3 Per Cent Ahead of Festive Season

However, he wrote to the minister sharing the agony of farmers in the state due to a severe shortage of fertilizers in the months of May, June and July. Also Read - Anti-cancer Drugs Added to National List of Essential Medicines, 26 Dropped | Check List Here 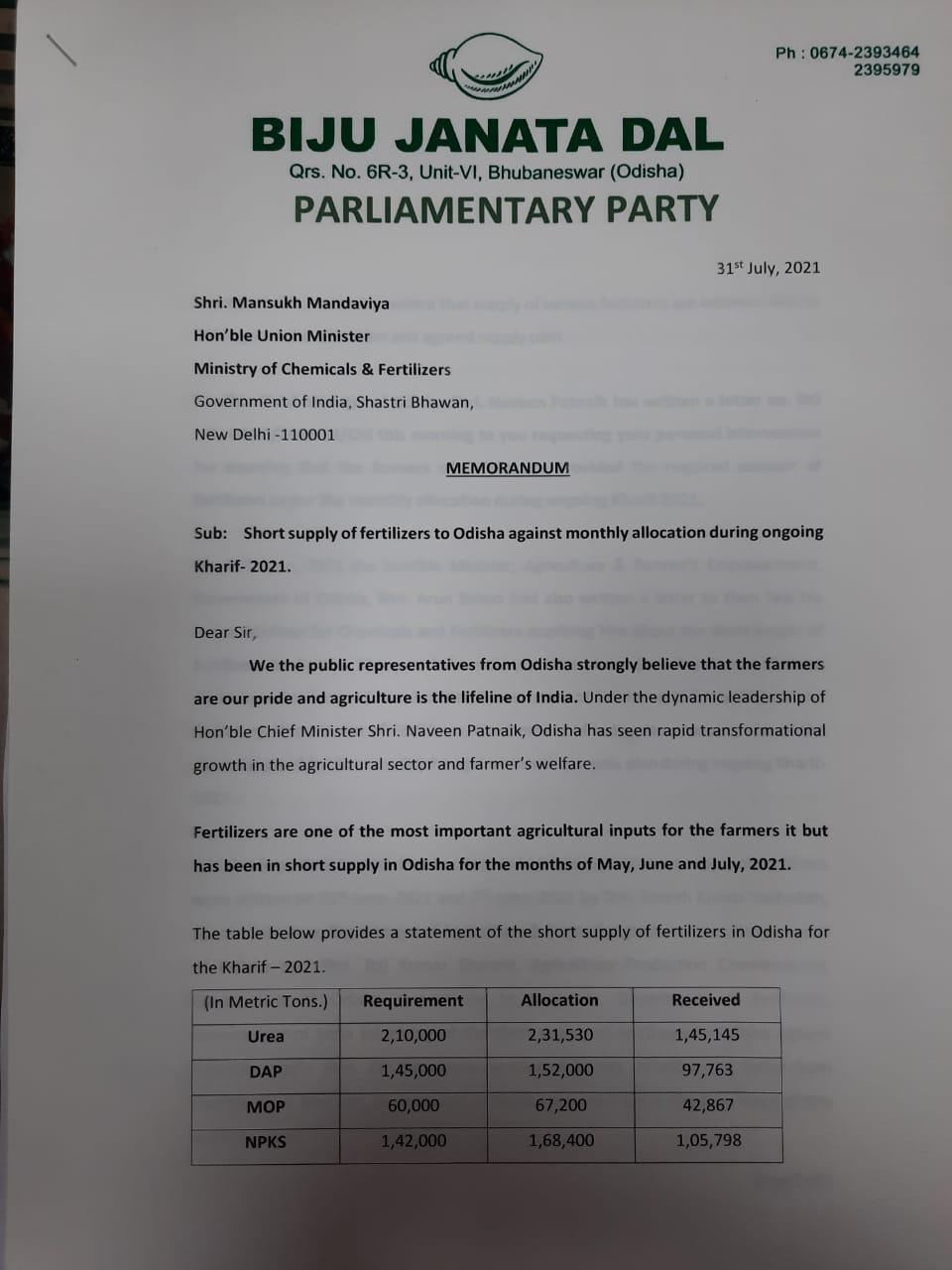 “The farmers in the State have suffered severe crop loss due to recent cyclone Yaas and several cyclonic storms during the previous years. To optimise their production, the supply of the most critical input, fertiliser, should be as per requirement,” the Odisha Chief Minister wrote.

As mid-July to September is the peak consumption period for urea and July to August is the peak period of demand for all other fertilisers, the memorandum read, the short supply of fertilisers to the State at this juncture will adversely affect the agricultural production in the State and unnecessarily invite law and order situation in most of the districts.

Patnaik and the BJD MPs sought personal intervention of the Union minister for supply of fertilizers as per the monthly agreed supply plan including the backlog of the previous months.