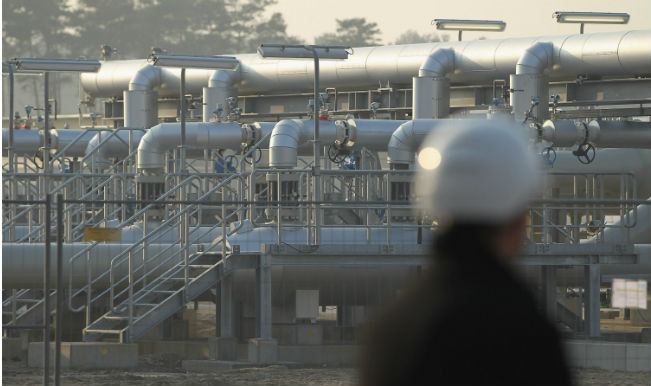 Natural gas, a very highly consumed commodity in India, is at present supplied from two sources: domestic production and imported liquefied natural gas (LNG). Energy demand and supply projections indicate that by 2021-22, due to rising demand, India will also need to start sourcing natural gas from cross-border pipelines to fill the gap between demand and availability. In such a situation, India will have to examine its options carefully to minimise the cost of imports and consider appropriate sources of natural gas to keep the import bills under check. Also Read - You Can Buy Land in Jammu And Kashmir Now, Home Ministry Issues Gazette Notification

Importing LNG is a rather costly process, but unavoidable because the sources of gas are far away. This cost can be avoided if gas is imported through pipelines and then transported across the country through existing and future-planned pipelines in India. Also Read - India-US 2+2 dialogue: What is BECA And How Will it Help India? | Explained

There are two options for importing natural gas through pipelines – the land route and/or the sea route. Over the years, several routes for gas pipelines have been proposed, of which the following proposals have been making rounds in the recent past:

This pipeline was envisaged to link the South Paras Gas field in Iran with India, via Pakistan. The total length of the proposed pipeline is 2,700 km, costing $7.5 billion (current cost may be much higher) to transport 22-110 billion cubic metres per year. The pipeline will be 1,100 km in Iran, 1,000 km in Pakistan and 600 km in India. Initially, this project was planned to link Iran and Pakistan. India later joined as a partner but withdrew, citing security reasons and the pricing of gas.

This project was an offshoot of the sanctions imposed by the US and other European countries on Iran. The length of the envisaged pipeline is 1,700 km, at a cost of $7.6 billion (may be higher with present rates). Because this pipeline will pass through Taliban-infested Afghanistan and terror-infested Pakistan, it is unlikely to be favoured by India, even though Turkmenistan may have business interests in this project, and it is favoured by the US.

In the last few years, deep sea gas pipeline technology has matured. Since India has serious security concerns with regard to pipeline projects over land, a deep sea pipeline is probably the most promising option.

The project intends to transport 8 tcft (trillion cubic feet) of natural gas to India over a period of 20 years. The pipeline is planned to be about 1,300 km long, laid at a depth of 3,400 metres below the seabed. It will connect the Middle East Compression Station near Oman with the receiving terminal near Gujarat. The estimated cost of this project is $4-5 billion and can be executed in about five years.

Geographically, the Oman-India Pipeline is comparatively more feasible because India is close to the sources of natural gas in the Middle East and the undersea distance is less than 1,500 km. Another reason in favour of this project is the landed cost, which will be lesser by $1.5 to $2 per million BTU as compared to LNG imports. Furthermore, this pipeline could be linked to other natural gas sources in the Middle East and even to Turkmenistan and Iran if need be.

Considering the fact that known sources of natural gas in India till date is just 1.33 trillion cubic metres, India will need to source a major portion of natural gas supply from outside to meet the rising demand. The government will need to make planned efforts to find a lasting solution to the problem. The sooner the government takes a serious view on the proposal, the better it will be in the interest of the country to ensure its energy security.