"Narsimha Rao and after him so many Prime Ministers, the process of 'cup of tea' has continued," he added. 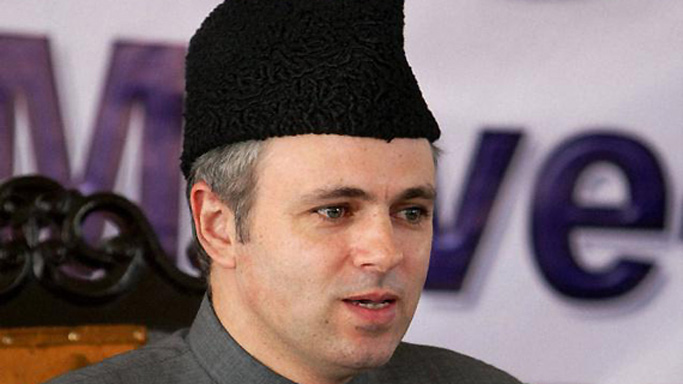 Srinagar, Aug 30 : Under attack for the resolution passed by the Jammu and Kashmir Legislative Council on resumption of Indo-Pak dialogue, Chief Minister Omar Abdullah today said legislators voice the sentiment of the people who elect them. “We don’t talk here of our own (will). We talk for the people who we represent here,” Omar said in the state Assembly. Also Read - Over 300 Twitter Handles Generated From Pakistan to Disrupt Farmers' Tractor Rally, Claims Delhi Police

“The Council passed a resolution for resuming talks and all of us became anti-nationals. If we call for war, we become nationalists and if we call for talks, we become anti-nationals,” he said. The Chief Minister said, “If we talk about endangering the lives of our army personnel by asking them to fight war and make sacrifices, it becomes big evidence of nationalism. If we want resolution of issues through dialogue, it becomes proof of anti-nationalism.” Also Read - Pakistan Approves Russian COVID-19 Vaccine Sputnik V For Emergency Use

“So when we talk about something, if it is measured by the yardstick of nationalism or anti-nationalism, and it is decided by someone sitting in a TV studio who has never risked his life, it is surprising,” he said. Omar questioned, “Who amongst us here (in the Assembly)
is not facing a threat -? more or less. Having a PSO might be a fashion statement elsewhere, for us it is a compulsion. How many Assemblies have been attacked (by militants). This Assembly has been attacked. More than 30 persons were martyred and if they had succeeded in getting inside the Assembly, I don’t know how many members would have been killed. Is this proof of anti-nationalism?”

Advocating resumption of talks with Pakistan, he said the country had tried other ways of dealing with the neighbouring country.
“For God’s sake, tell me what way we have other than dialogue! Have we not tried the other ways? Parliament attack took place, we stopped the dialogue. I was a minister at the Centre at that time. “We formed teams and sent them to capitals of big countries to explain the reasons for stopping the talks. We prepared a list of 20 persons, saying till these people are handed over, we will not resume talks. Where are these people? How many have been handed over? Did we not resume the talks?” he posed.

He said the Centre put a condition that till the perpetrators of the 2008 Mumbai attacks are punished, it will not resume talks with Pakistan. “Except Kasab, how many have been punished? Still talks started. Dialogue took place whether Congress-led alliance or BJP-led alliance (was in power),” he said. Expressing surprise over the reason given for calling off the latest round of talks with Pakistan, he said meetings — which he referred to as “cup of tea” — between Pakistan officials and separatists have been taking place since the time P