A 20-year-old man died while 11 others were injured when a three-storey residential building here collapsed on Wednesday following a cylinder explosion, police said. 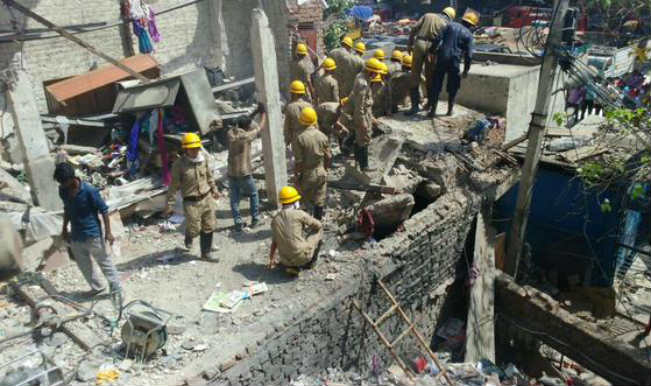 “Rescue operation is still on, but all the people have been evacuated from the spot and one child is feared to be trapped under the debris,” police said. Police said the deceased as well as the injured, which include one woman and three children, were living in the building on rent. “It was a three-storey building and it collapsed after an explosion in a gas cylinder. Rescue operation is still on,” a Delhi Fire Services official told IANS. Also Read - Portions of Wall, Ceiling Collapse in Another Society of Gurugram's Sector 109