Pakistan pigeon arrested in India; suspected to be spy

A posse of gun-toting men in uniform guard the fidgety 'intruder' from Pakistan who has created a flutter in Punjab's Pathankot. 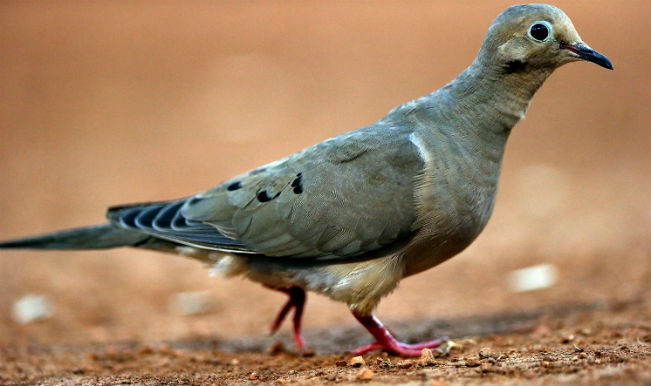 Pathankot: A posse of gun-toting men in uniform guard the fidgety ‘intruder’ from Pakistan who has created a flutter in Punjab’s Pathankot. Be not mistaken, this suspected cross-border trespasser is no terrorist out to create disturbance but a dove, usually associated with peace. Also Read - China Pakistan Economic Corridor: When China Invested in Pakistan, They Did The Math

The white-coloured pigeon, with Pakistani seal and Tehsil Shakargarh, district Narowal stamped on it in Urdu, was spotted and caught yesterday by one Ramesh Kumar from his house at Manwal village on the Indo-Pak border. As the bird looked ‘suspect’ due to the Pakistani marking, Ramesh took it to the Bamial police station. Also Read - 10,064 Cases, 137 Deaths: India Records Lowest COVID-19 Infections Since June | Key Points

Pathankot Senior Superintendent of Police Rakesh Kaushal said he suspected that the pigeon had indeed landed on the Indian soil from Pakistan. When asked if the bird had any message attached to it, Kaushal said nothing of that sort had been found. “However, we are conducting investigations,” the officer said, adding pigeon fanciers in the sensitive border area have told the police that Pakistani doves were easily distinguishable from their Indian brethren. Also Read - Protesters Raise Placards of PM Modi, Other World Leaders at Pro-freedom Rally in Pakistan's Sindh

Until the investigation gets over, the intruder will cool its heels at the Indian police station on a wing and a prayer.