New Delhi: Ahead of the West Bengal Election 2021, the Narendra Modi-led government has decided to celebrate the birthday of Netaji Subhas Chandra Bose as ‘Parakram Diwas’ every year on January 23. The announcement assumes significance ahead of the West Bengal Assembly elections scheduled to be held in April-May this year. Also Read - West Bengal Election 2021: BJP Likely to Field Babul Supriyo Against CM Mamata From Bhowanipore

“To honour and remember Netaji’s indomitable spirit and selfless service to the nation. The GoI has decided to dedicate his birthday (January 23) every year as Parakram Diwas to inspire people of this country, especially the youth, to act with fortitude in the face of adversity as Netaji did, and to infuse in them a spirit of patriotic fervour.” Also Read - West Bengal Election 2021: High-voltage Polls to be Witnessed in Nandigram as Suvendu Adhikari Likely to Battle Mamata Banerjee on WB Seat

“The people of India fondly remember Netaji Subhas Chandra Bose’s unparalleled contribution to this great nation in his 125th birth anniversary. The Government of India has decided to celebrate the 125th birth anniversary year of Netaji beginning from January 2021 in a befitting manner at the national and international level,” the ministry added. 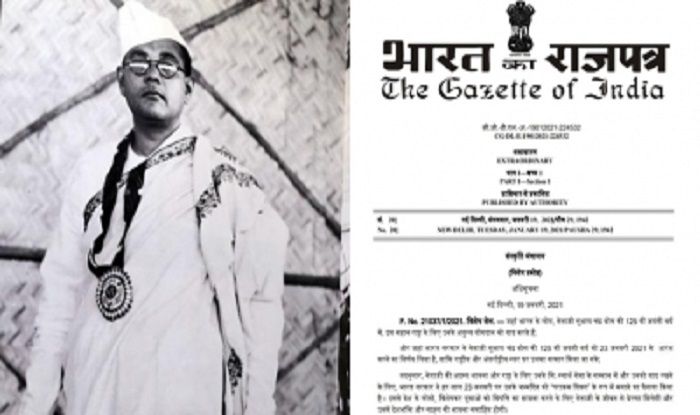