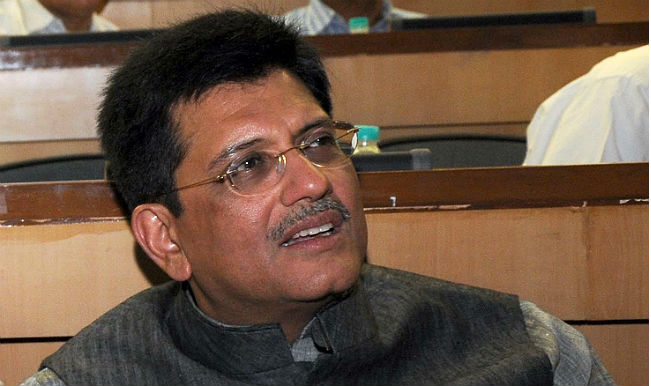 New Delhi, Nov 12: India may be able to stop importing coal to fuel thermal power in the next two-three years as state miner Coal India Limited (CIL) steps up production, Power and Coal Minister Piyush Goyal said Wednesday. “Possibly in the next two or three years we should be able to stop imports of thermal coal. I’m very confident of achieving these targets and am very confident that India’s current account deficit (CAD) will not be burdened with the amount of money we lose on coal imports,” Goyal said at a conference here. Read – Piyush Goyal: Coal India to produce 1 billion tonnes by 2019 Also Read - Swanky Makeover: Railway Ministry Shares Glimpses of Futuristic New Delhi Railway Station | See Photos

CIL has near-monopoly on coal production and accounts for over 80 percent of the country’s output. Coal imports have surged in recent times to reach nearly 170 million tonnes in the last fiscal with the state miner unable to meet demand. “I see Coal India production doubling in the next five years. It will produce about 500 million tonnes hopefully this year. We’ll do a billion tonnes in 2019,” Goyal had said at a conference here Sunday. Also Read - The Girl On The Train Remake Teaser Out: Parineeti Chopra Tries To Escape Entangled Murder Mystery

Last month, Coal Secretary S.K. Srivastava said a proposal to pool prices of imported and domestic coal for supply to power plants commissioned after 2009 is under active consideration of the government. “We keep on analysing and reviewing the pros and cons of the issue and then we will come to a decision,” Srivastava told reporters.

As per the proposal, state miner Coal India will buy imported coal and supply it to power plants after blending it and pooling its price with domestic coal to meet the current fuel shortage. The proposal was earlier shelved during the United Progressive Alliance rule, as most state electricity boards opposed it fearing increase in power tariffs.