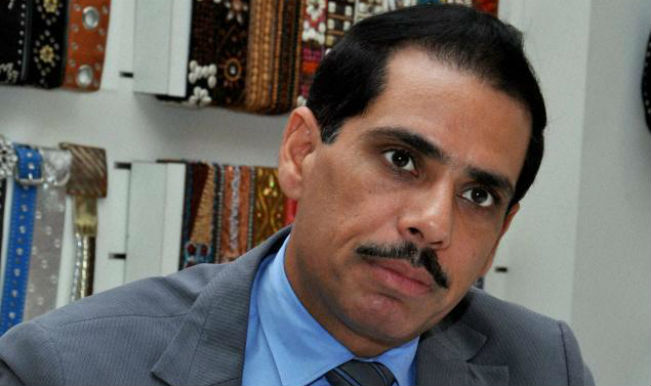 Sharma in his plea alleged that several licences were issued to developers and builders for turning 21,366 acres of agricultural land into colonies without complying with the statutory rules. The decision caused a “serious financial loss of Rs.3.9 lakh crore” to the exchequer, the PIL said. Also Read - Farm Bills 2020: Haryana Home Minister Hits Out at Kejriwal, Asks Him What Provisions of Bills Benefit Corporates

In the plea, Sharma contended that allocation of licences for developing colonies was contrary to provisions of the Haryana Development and Regulation of Urban Areas Act, 1975. It sought quashing of the June 3, 2013, letter by Comptroller and Auditor General (CAG) Shashi Kant Sharma allegedly rolling back the audit and inquiry into the grant of licence to Skylight Hospitality (Pvt) Ltd. that is said to be associated with Vadra.

The plea contended that the inquiry was ordered by Shashi Kant Sharma’s predecessor Vinod Rai. Sharma claimed that the department of town and country planning (DTCP) issued hundreds of licences for over 21,366 acres of land spread over Gurgaon and other parts of the state from 2005-2012. “Issuing of colony licences by the DTCP in Haryana in the name of an individual who is not the owner of a land is not only illegal but also a clear case of corruption within the provision of Prevention of Corruption Act, 1988.” the plea said.

“To support or give undue favour is a corruption that has been hatched in the Haryana colony licence deal for Robert Vadra and others,” the plea added. The PIL was filed against Skylight Hospitality, Robert Vadra and DLF Universal Limited among others and sought registration of criminal cases against them under the Prevention of Corruption Act.

Besides, the petition sought a probe into the land deals entered into by Skylight Hospitality (Pvt) Ltd. and its subsidiaries in Rajasthan.