New Delhi: Prime Minister Narendra Modi has always been popular for his sartorial choices when it comes to celebrating India’s diverse cultures especially on occasions like Republic Day and Independence Day. And this year, on the occasion of India’s 73rd Republic Day, the prime minister chose to keep up with his long-term tradition and opted for a unique Uttarakhand traditional cap.Also Read - Cannes 2022: PM Modi Hails India as Country of Honour, Says 'Cinema Showcases Human Emotions'

The cap was embellished with Brahmakamal inspired brooch. Brahmakamal is the state flower of Uttarakhand that PM uses whenever he visits Kedarnath for pooja. He also honored the tradition of Northeastern India by wearing a stole which was gifted to him during his visit to Manipur and teamed it up with his statement kurta-churidar and the traditional sleeveless jacket with a V-neck, as he paid homage to the fallen soldiers by laying a wreath at the National War Memorial on 73rd Republic Day. He was also seen sporting a white face mask during the visit. Also Read - PM Narendra Modi Congratulates Indian Contingent For Best-Ever Performance At Deaflympics 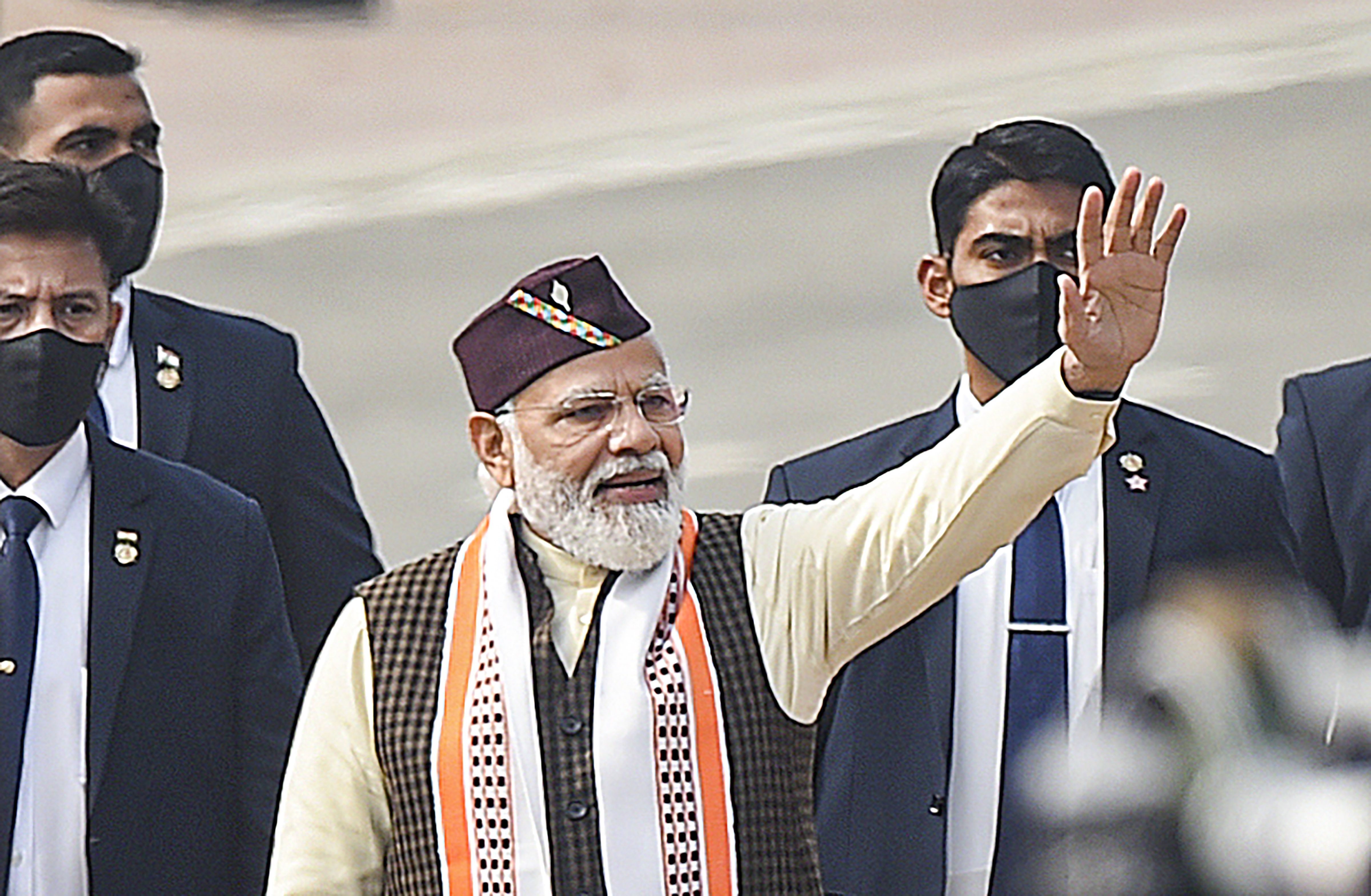 Ranging from bright Jamnagar Pagdi, Rajasthani safa, to a Kolhapuri style turban, the eye-catching choice of PM Modi’s turbans has been a talking point every time he appeared for special occasions. However, this year the PM dropped the idea of donning a bright turban with a long trail, he opted to wear a unique traditional cap of Uttarakhand on the occasion of India’s 73rd Republic Day. Also Read - PSI Recruitment Scam: Candidates Write Letter in Blood to PM Modi, Threaten to Join Terror Group if Denied Justice

Last year, PM Modi sported a ‘Halari pagh’ (royal head turban) which was gifted to him by Gujarat’s Jamnagar Royal Family. Republic Day is being celebrated across the country with great fervour.

Prime Minister Narendra Modi on Wednesday extended his greetings to the people on the occasion of the 73rd Republic Day.
“Wishing you all a happy Republic Day. Jai Hind!,” PM Modi tweeted. Celebrations will be held all across the country to mark the day. On this day, 73-year back, India officially adopted its Constitution.