Prime Minister Narendra Modi has listed multiple benefits of demonetisation just a day ahead of one year to note ban.

New Delhi, Nov 7: Prime Minister Narendra Modi has listed multiple benefits of demonetisation just a day ahead of one year to note ban. On a day when former prime minister Manmohan Singh yet again called demonetisation a ‘monumental blunder’, PM Modi on his website, has called it ‘a blow to terrorism and Naxalism’, ‘India’s highest ever unearthing of black money’ and much more.Also Read - Sudhaa Chandran Appeals To PM Modi After Airport Authorities Asked Her To Remove Her Prosthetic Foot

Among the many benefits of demonetisation listed by the Prime Minister are “Significant boost to digital payments, unprecedented increase in tax compliance, huge push towards for the formalisation ensuring better jobs for the poor and massive cleansing of India’s financial system.” Also Read - Don't Let Guard Down, War Against Corona Not Over: PM Modi Ahead of Festivals | 10 Points

While the Opposition party took to Twitter calling demonetisation a disaster, the Bharatiya Janata Party shared these benefits of demonetisation as mentioned of the Prime Minister’s website, calling it a “multi-dimensional success”. Also Read - ‘Stop Talking About Secularism’: Amarinder Singh Slams Congress, Questions Alliance With Sena 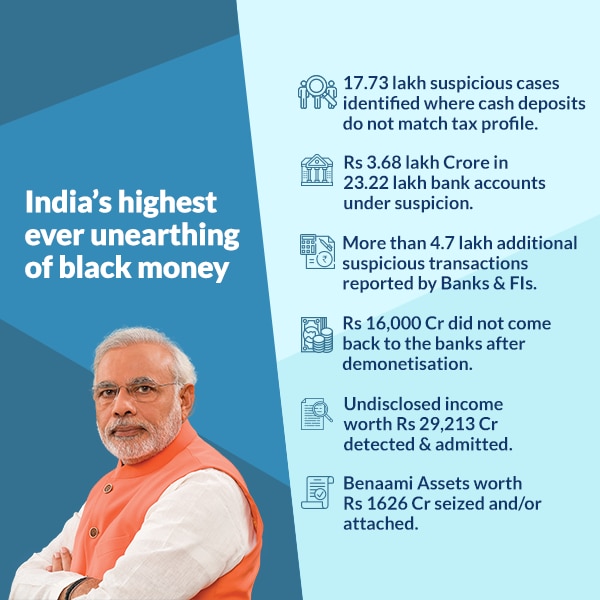 The Prime Minister lists “massive unearthing of black money” as the first benefit of demonetisation of Rs 500 and Rs 1000 notes on November 8, 2016. Modi says that 17.73 lakh suspicious cases have emerged where cash deposits do not match tax profiles. He says Rs 16,000 crore did not come back to banks after demonetisation. 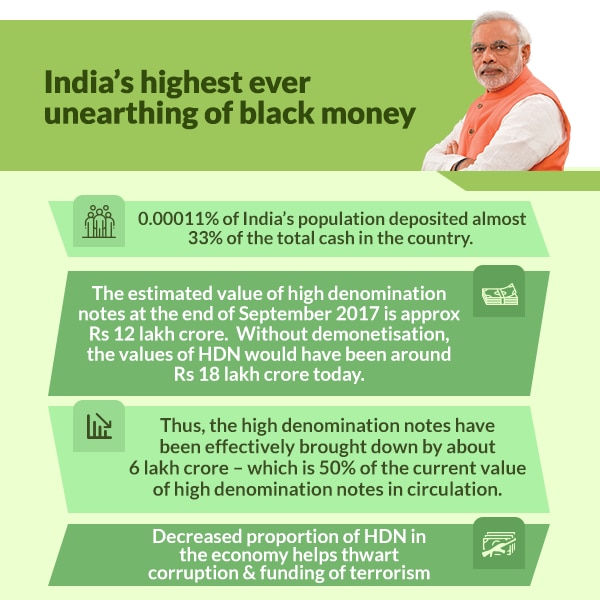 Unearthing of black money after demonetisation

He also adds that the estimated value of higher denomination notes at the end of September 2017 is Rs 12 lakh crore, which would have been Rs 18 lakh crore without demonetisation.

Decisive blow to terrorism and Naxalism

Modi calls demonetisation a decisive blow to terrorism and Naxalism. He has stated that incidents of stone pelting in Kashmir have come down by 75 per cent from last year. 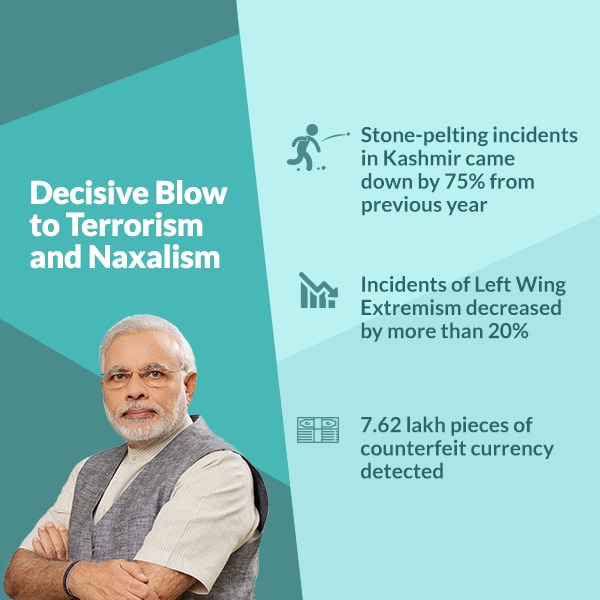 demonetisation a blow to terrorism and naxalism

He also added that incidents of Left-Wing extremism have also decreased by over 20 per cent. 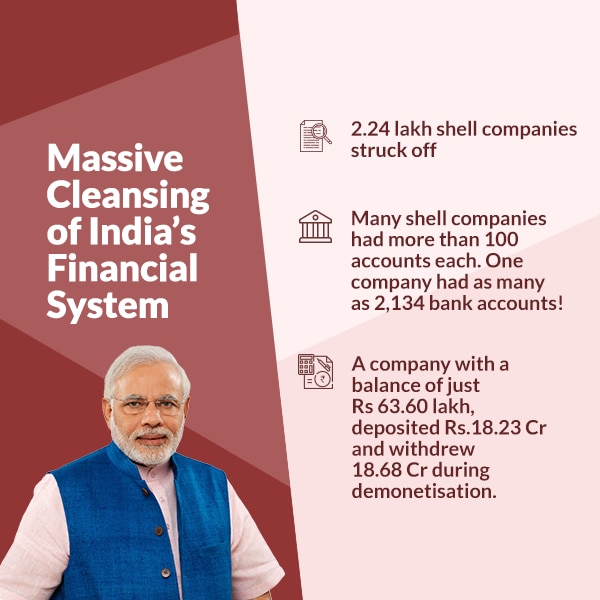 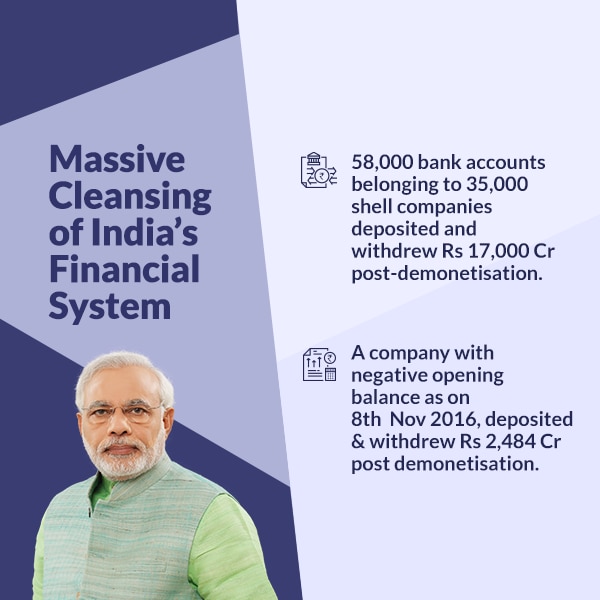 The Prime Minister has said that demonetisation led to 2.24 lakh shell companies being struck off. He gives examples of how each of these companies had more than 100 accounts and how one of them had over 2,000 accounts. 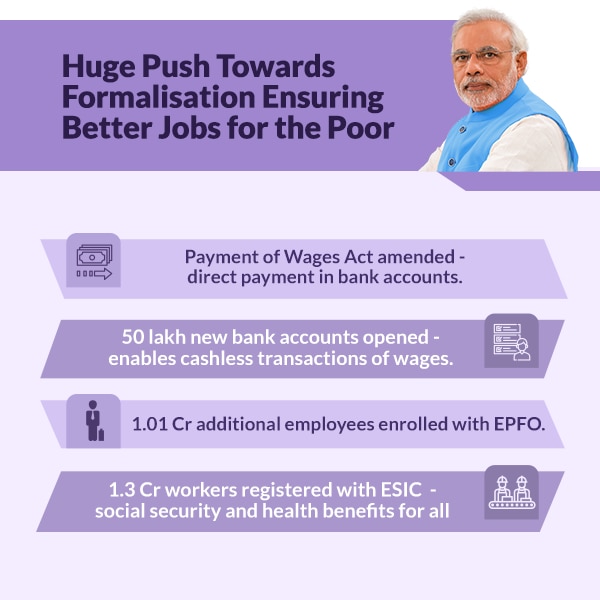 More jobs for the poor

Modi says that demonetisation has led to formalisation with wages now being deposited directly in bank accounts. He states that 50 lakh new bank accounts have been opened and 1.01 crore additional employees have been registered with EPFO now. 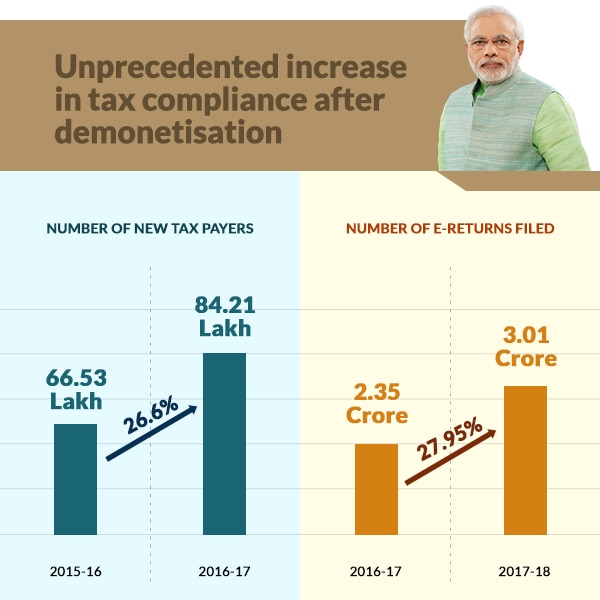 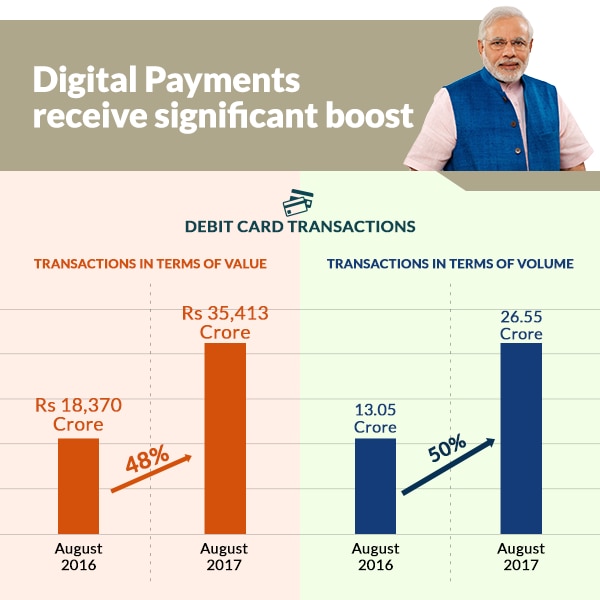 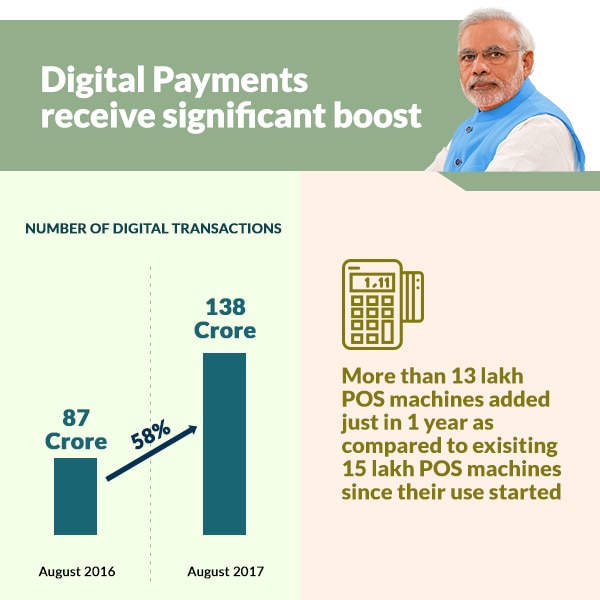 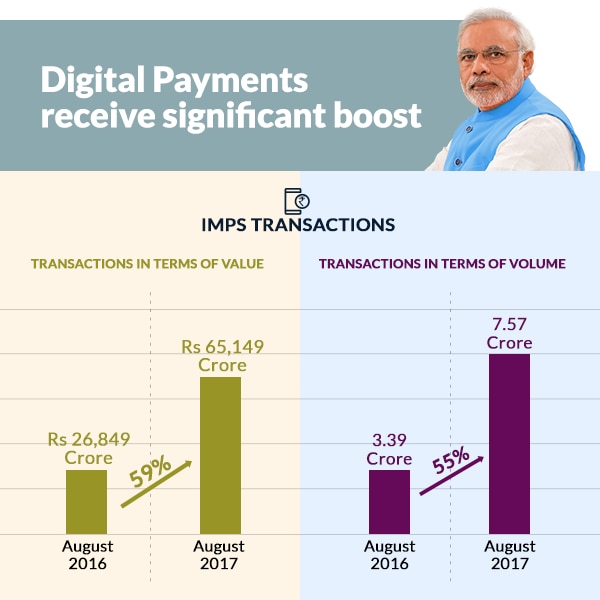 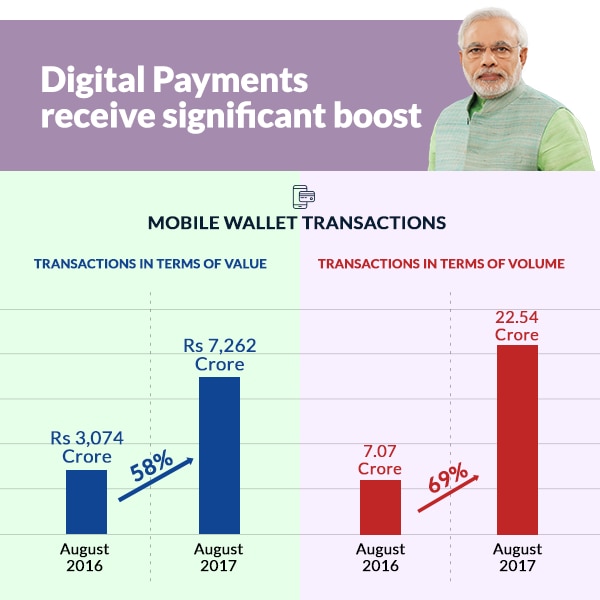 Prime Minister Modi states that digital transactions have seen a 58 per cent jump from August 2016 to August 2017. He also lists the rise in debit card, IMPS and mobile wallet transactions after the note ban announced last year. 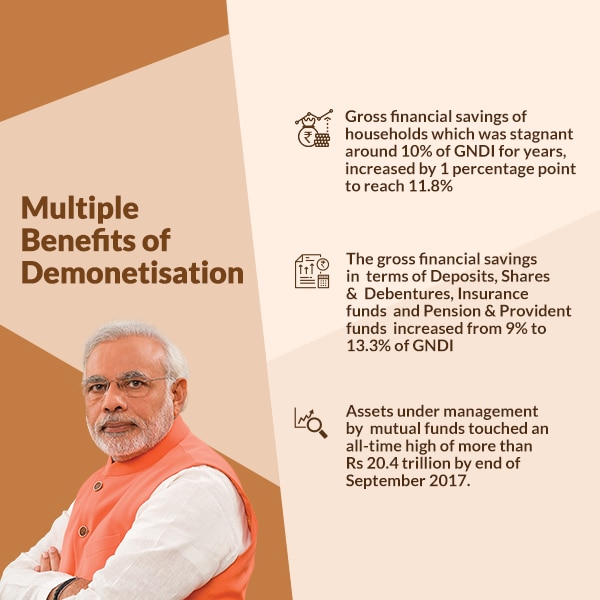 The Prime Minister ends by listing loans getting cheaper and property rates declining sharply among the many benefits of demonetisation.

On November 8, 2016, Modi announced banning notes of Rs 500 and Rs 1000 notes. The announcement was followed by queues outside ATMs and banks with people lining up to deposit old notes. While many criticised the move, others called it a success.