From now on Indian Catholics will have three native saints following the elevation of Chavara Achen, and Sister Euphrasia. 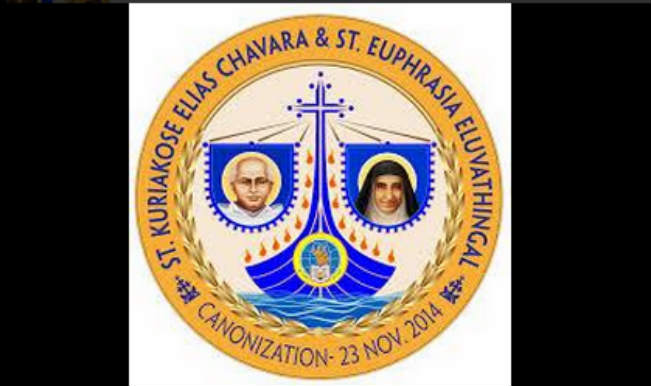 Vatican City/Thiruvananthapuram, Nov 23: From now on Indian Catholics will have three native saints following the elevation of Kuriakose Elias Chavara, popularly known as Chavara Achen, and Sister Euphrasia, popularly known as Evuprasiamma, in a canonisation ceremony presided over by Pope Francis II in the Vatican on Sunday. Also Read - Indian Nun Mariam Thresia to be Recognised as Saint by Vatican

In 2008, Sister Alphonsa became the first native Indian to be canonized and she too belonged to the Syro Malabar Catholic Church, the same church to which the two new saints belong. Ahead of the canonisation programme, Cardinal Mar George Alenchery of the Syro Malabar Catholic Church told the media here over phone from the Vatican City that to get two saints on one day is a historic blessing. Also Read - Kerala Nun Abuse Case: MLA PC George Smells Conspiracy, Accuses Investigating Official of Framing Accused Bishop Franco Mulakkal

“Am so happy that God has blessed us all through this historic event and we have now two saints and that happened on a single day, so today is very special,” he said. Alenchery also led a brief prayer session after the canonisation ceremony took place.

Rajya Sabha Deputy Chairperson P.J.Kurien, who is leading the Indian delegation to the event at the Vatican, told reporters here over telephone that they are all excited to witness a historic occasion. “I am sitting with the Kerala delegation and we are all elated and excited to be witnessing this,” he said.

Kerala Water Resources Minister P.J. Joseph, who is leading the state delegation, said this ceremony is the culmination of the hard and sincere work done by the two leaders of the church who have been canonised. Across the state, the bells pealed in many Catholic churches as the function took place in the Vatican.

Chavara Achen and Evuprasiamma were in April this year cleared by the Pope for sainthood. Christians constitute 23 percent of Kerala’s 33 million population and 50 percent of them are Catholics. Kuriakose Chavara was born Feb 10, 1805, at Kainakary near Alappuzha as the son of Iko Kuriakose Chavara and Mariam Thoppil. At the young age of 13, he began his priesthood studies.

He entered the seminary in 1818 and was ordained Nov 29, 1829. Chavara became Vicar General for the Archdiocese of Verapoly (near Kochi) in 1861. Chavara was also a social reformer and believed that intellectual development and education of women was the first step towards overall social welfare.He first introduced the system called “A school along with every church”, which was successful in making free education available for everyone. Chavara died Jan 3, 1871, aged 65.

Sister Euphrasia was born as Rosa Eluvathingal Oct 7, 1877, at Edathuruthy (Ollur) in Thrissur district. She joined Congregation of the Mother of Carmel and received her veil as a nun in May 1900.She died Aug 29, 1952. Sister Euphrasia was declared a Servant of God in 1987, followed by Venerable July 5, 2002. She was declared as “Blessed” Dec 3, 2006, by Cardinal Mar Varkey Vithayathil, the Major Archbishop of the Syro Malabar church.

The two of them incidentally belong to the same Carmelite congregation of the Syro Malabar Catholic church in the state and more importantly the women’s congregation was founded by Chavara Achen.