In Lok Sabha Election 2019 Results, the BJP won 23 seats out of the total 48 in Maharashtra. While, the Shiv Sena bagged 18.

Notably, a chadar was also offered at the Ajmer Sharif on behalf of Shiv Sena before the Lok Sabha polls. Also Read - Lucknow Municipal Corporation Bonds Listed on BSE, CM Adityanath Calls it 'A Historic Moment' 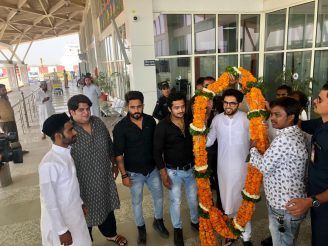 Furthermore, if reports are to be believed, Shiv Sena chief Uddhav Thackeray will pay obeisance at the Ram temple in Ayodhya district of Uttar Pradesh, along with 18 MPs, on June 16.

On Thursday, Shiv Sena’s Sanjay Raut said that ‘the country will stop trusting us, if we don’t begin the construction of Ram temple in Ayodhya’.

“I feel this time around Ram temple’s construction will start because if we don’t, the country will stop trusting us. Now BJP has 303 MPs, Shiv Sena has 18, NDA has more than 350, what more is needed to construct the temple?” he was quoted as saying by news agency ANI. 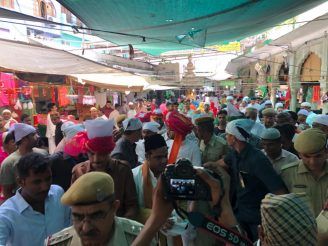 Further, he added, “In 2014, we promised construction of the Ram temple but we did not accomplish it. The concluded election was also fought in the name of Lord Ram. Before elections, we went to Ayodhya with party chief Uddhav Thackrey ji, we have committed ourselves to the construction of the temple and I feel this time around Ram temple’s construction will start. Because if we don’t, the country will stop trusting us and us with shoes in anger.”

In the recently concluded Lok Sabha polls, out of the 48 seats in Maharashtra, Bharatiya Janata Party (BJP) won 23 seats and Shiv Sena 18. Meanwhile, the Nationalist Congress Party (NCP) managed to retain four of its seats and the Congress could only bag one seat.