The Padma Bhushan awards, meanwhile, were conferred upon 16 eminent personalities, including the likes of industrialists Anand Mahindra and Venu Srinivasan, as well as badminton player PV Sindhu. The award was also conferred posthumously upon BJP leader and former Goa Chief Minister Manohar Parrikar, who too passed last year.

Initiated on January 2, 1954, the Padma Bhushan is the third-highest civilian award in the country.

The Padma Shri is the fourth-highest civilian award in the country.

The full list of the Padma awardees across the three categories can be seen here. 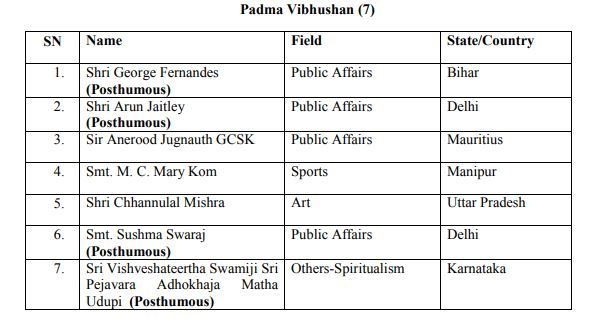 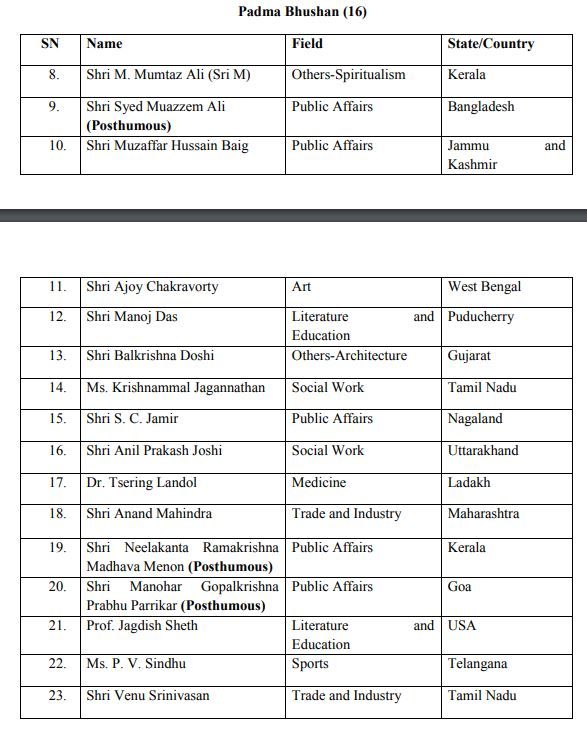 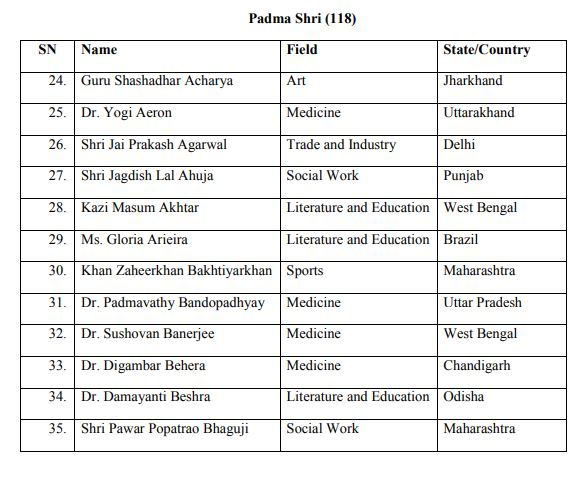 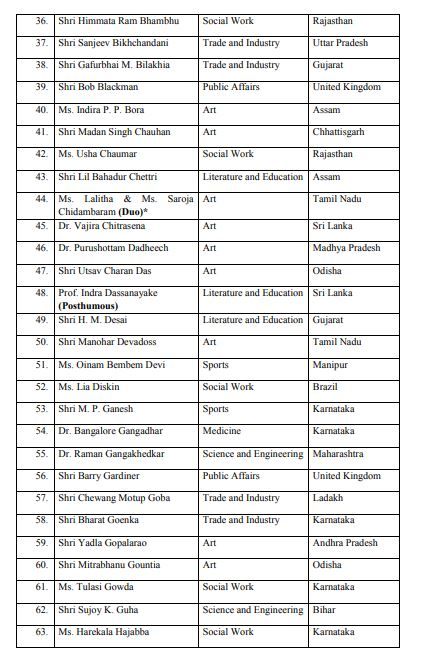 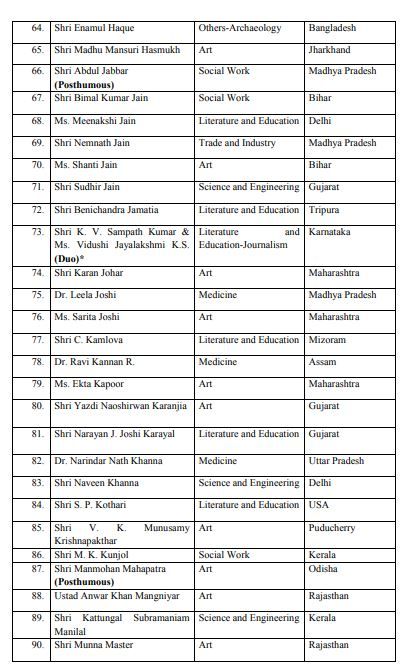 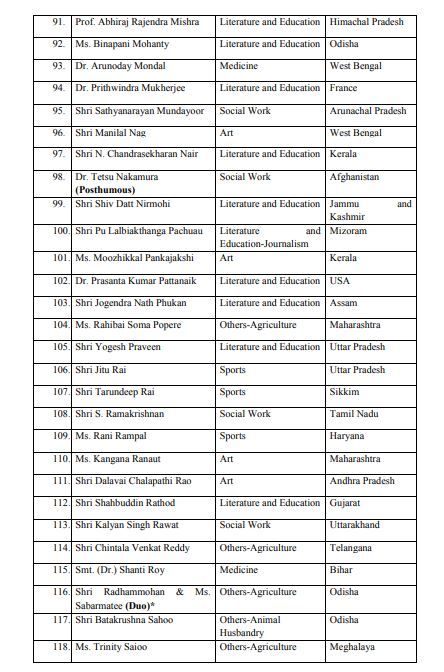 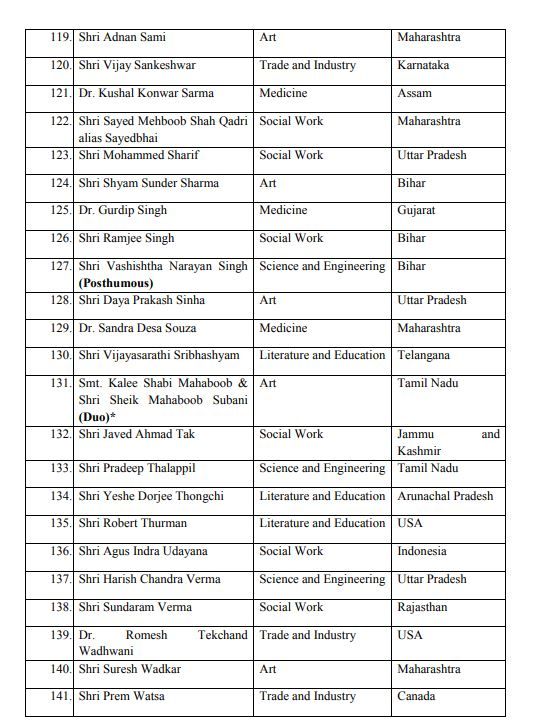 Of the total 141 Padma awardees, 34 recipients are women, the MHA statement further said.