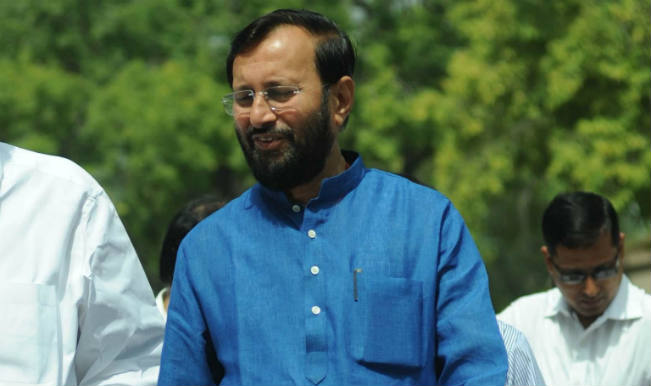 New Delhi, Sep 19: Information and Broadcasting Minister Prakash Javadekar Friday said that the rollout of FM radio phase three is “on track”. “It is on track and on time,” Javadekar told IANS when queried about the much-awaited announcement. He spoke on the sidelines of the inaugural session of the CII Big Picture Summit 2014. Also Read - Cabinet Approves Bill to Include Kashmiri, Dogri, Hindi as Official Languages in Jammu And Kashmir

The phase three auction, which approved for 839 new stations in 294 cities, is expected to be completed before December 2014.  At the session, Javadekar said that private FM channels would be allowed to transmit news. “As far as our practical experience is concerned, they are already allowed to transmit all types of information, government announcements and necessary information as there is no ban on dissemination of information,” he said. Also Read - Mission Karmayogi: Centre Announces Plan For Capacity Building Among Civil Servants | All You Need to Know

He also clarified on the use of All India Radio (AIR) content, saying the FM channels can take the information and use it the way they want to.  “To start with, we are saying use AIR news. But people thought that we are saying use only AIR clips as it is,” he said. “Whoever wants to use AIR news, can use that free. We won’t charge for it.”

“And those (FM channels) who just want the news and have their RJs to give it out, they can also do that. AIR gives a lot of news… We will work like a news agency where we will provide more news. That’s a beginning point,” he said.