On Land Acquisition Bill, Karat said his party strongly protested against the "draconian" legislation in Parliament with other secular parties and also outside. 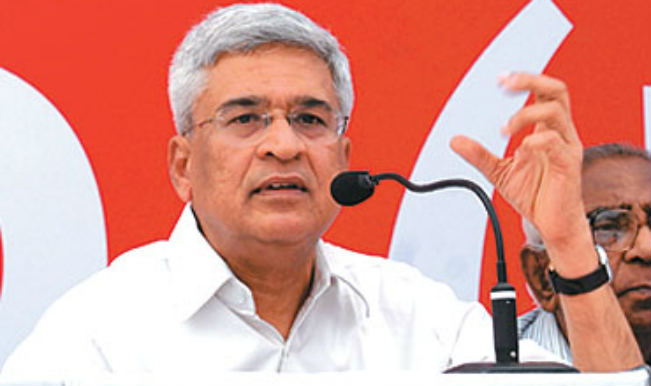 Patna, May 30 : With both Nitish Kumar and Lalu Prasad rooting for broad secular unity to defeat BJP in Bihar Assembly polls, senior CPI(M) leader Prakash Karat today said his party’s immediate priority was to work for “unity” of Left parties. “Our immediate priority to forge unity among Left parties and fight the Bihar election together,” Karat told reporters. (Read: Prakash Karat accuses government of being anti-people, pro-industrialist) Also Read - Share Clues With Cops But Don't Demoralise Them: Nitish Lashes Out at Media Over IndiGo Manager's Killing

Asked about merger of Janata Parivar and if his party would be part of broad secular alliance with Nitish Kumar and Lalu Prasad, the former CPI(M) General Secretary said “we have taken note of efforts of merger of six parties into Janata Parivar. Left them first unify among themselves then we will see whether to join hands with them or not.” Also Read - Nitish Kumar Lands In Fresh Political Trouble After IndiGo Executive's Murder in Patna

In reply to a question that both JD(U) and RJD were trying to rope in CPI which has pockets of influence in the state in the fold and in such a condition how was Left unity possible, Karat said “I cannot answer for them. But, my party’s first priority is to work for unity among Left parties.” Meanwhile, he said a two-day state executive committee meeting of CPI(M) was scheduled on June 9-10 in which strategy for upcoming Bihar Assembly polls would be decided.