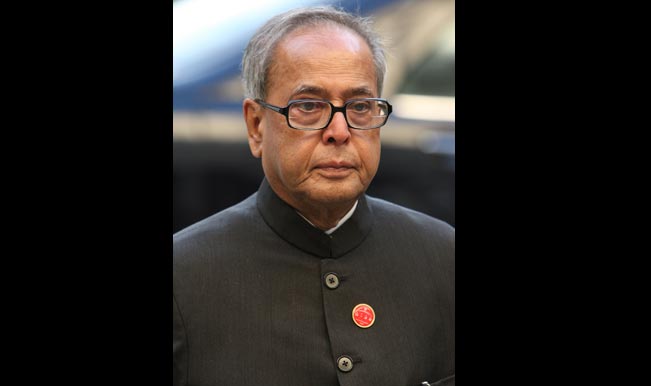 Also Read - No Foreign Head of State to be Chief Guest at Republic Day Event This Year Due to Coronavirus, Says Centre

New Delhi, May 28 : The reported controversial remarks of President Pranab Mukherjee on Bofors issue to a Swedish daily have no bearing on his upcoming tour of Sweden, the first State visit, External Affairs Ministry said here today. At a media briefing on the upcoming visit of the President to Sweden and Belarus, Navtej Sarna, Secretary (West) in MEA, shot down in a diplomatic style the questions on Mukherjee’s reported remarks that Bofors was a “media trial”. Also Read - Vande Bharat Mission Phase 9: Over 1400 Flights From 24 Countries to Repatriate 2.8 Lakh Passengers

“The status, I have just been, for the last 20 minutes, telling you. But I am happy to repeat it full 20 minutes if you like. We are keenly looking forward to the first-ever President of India visit to Sweden and Belarus,” Sarna said. He was responding to questions whether the interview had cast any shadow on Mukherjee’s visit to Sweden. President’s Press Secretary Venu Rajamony added “it is evident to you the preparations are fully underway for the visit of President to Sweden and Belarus.” Also Read - MEA Gives Assent to Election Commission's Proposal Extending Postal Ballot Facility to Indians Abroad

Reporters again put questions on the interview given by the President to Swedish Daily ‘Dagens Nyhetter’ and in response Sarna said, “let me just do it once and I am not taking any more questions on this. This subject (interview) is not relevant to the visit of the President to Sweden and Belarus. So let us concentrate on what the visit is about. (READ : Pranab Mukherjee: Bofors was a medial trial)

“We are here to talk to you about the visit. And we are happy to talk to you about the visit at any length that you like.” It was pointed out by reporters that India’s Ambassador to Sweden Banashri Bose Harrison had reportedly threatened the Swedish daily that if it published off-record conversation, it may put to risk the forthcoming visit to the President. External Affairs Ministry spokesman Vikas Swarup immediately said, “no such threat had been made”.

Mukherjee’s remarks on Bofors issue to the Swedish daily sparked off a controversy and India protested to the newspaper for reporting a “slip of tongue” and off-record comments made by the President. During the interview, ahead of his visit to Sweden next week, Mukherjee had said the Bofors wasn’t a scandal, but rather a publicity “trial”. Allegations that kickbacks were paid in the procurement of 155mm howitzer field Bofors guns from Sweden had plagued the Rajiv Gandhi government in the late 1980s and had become a big election issue in 1989 in which the former Prime Minister had to face defeat.