President Pranab Mukherjee today embarked on a five-day state visit to Sweden and Belarus, the first ever by any Indian head of state, during which a number of key agreements are likely to be signed. 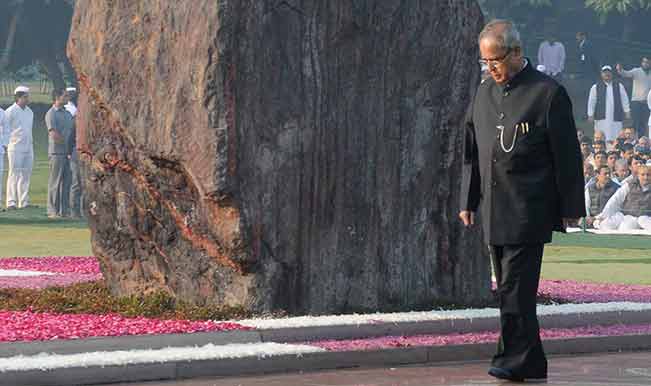 New Delhi, May 31; President Pranab Mukherjee today embarked on a five-day state visit to Sweden and Belarus, the first ever by any Indian head of state, during which a number of key agreements are likely to be signed. He was given a ceremonial send-off at Rashtrapati Bhavan by Prime Minister Narendra Modi, Vice President Hamid Ansari, Delhi Lieutenant Governor Najeeb Jung, External Affairs Minister Sushma Swaraj, Finance Minister Arun Jaitley and the three Service Chiefs. (Also read; MEA: Pranab Mukharjee remarks on Bofors not relevant to Sweden visit) Also Read - 'Unless I Can be Teleported': Abhijit Mukherjee, Late President Pranab Mukherjee's Son, on Joining TMC

Mukherjee’s visit to Sweden, where he is headed first, comes on the back of a controversy that broke out over reported remarks made by him to a Swedish daily. But the External Affairs Ministry had firmly shot down speculation that the issue could have an adverse impact on the tour of the Scandinavian nation. After arrival at Swedish capital Stockholm, the President will meet the King and Queen?as well as Prime Minister Stefan Lofven, the Speaker of the Swedish Parliament, and the Leader of Opposition, Anna Kinberg Batra. He will be received at Arlanda Airport by Crown Princess Victoria and Prince Daniel. Also Read - How RyanAir Flight 4978 Was Diverted To Minsk After High Drama

The King and Queen will receive the President at the Royal Mews for a horse-drawn cort?ge to the Royal Palace, where the traditional welcoming ceremony will take place. During the three-day visit to the country, Mukherjee would be visiting the renowned Karolinska Institute and?Uppsala University, the oldest university in Europe which was?started in 1477. The visit will focus on innovation, sustainable development, urban development and scientific research with both countries exploring ways to enhance mutual exchange in the areas of trade and science.

The President will also interact with the members of the Indian community, which comprises 18,000 People of Indian Origin (PIO) and Overseas Citizens of India card holders and Indian Passport holders working in the hospitality industry and IT sector. Sweden is the third-largest contributor of Foreign Direct Investment (FDI) to India besides being the country’s third- largest trade partner after China and Japan.