Mohandas Karamchand Gandhi, also known as the 'Father of the Nation' was assassinated on January 30, 1948. The day is also recognised as Martyrs' Day.

President Ramnath Kovind also paid tribute in a tweet on the official Twitter handle of Rashtrapati Bhavan which said, “On Martyrs’ Day, the nation gratefully remembers Mahatma Gandhi and the countless freedom fighters who sacrificed their all for our Independence.” Also Read - Delhi Govt Launches New E-Portal For Self-Assessment of Dust Control Norms | Details Here

On Martyrs’ Day, we gratefully remember Mahatma Gandhi and the countless freedom fighters who sacrificed their all for our Independence #PresidentKovind

On Tuesday, Prime Minister Narendra Modi took to his official Twitter handle and said, “Tomorrow, on Bapu’s Punya Tithi, I will be in Dandi, the place from where Bapu challenged the might of colonialism. In Dandi, the National Salt Satyagraha Memorial will be dedicated to the nation. This is a tribute to Satyagrahis led by Gandhi Ji, who worked for India’s freedom” 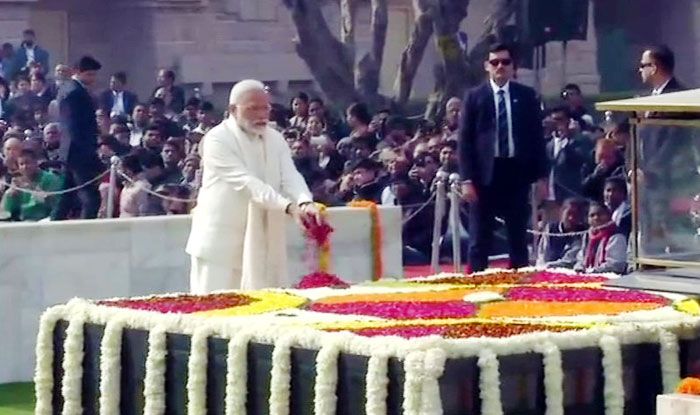 PM Modi also extended his tribute to all the martyrs who had laid down their lives for the nation. India would remain eternally grateful to them for their service and sacrifice, he said. On the 71st Death Anniversary of Mahatma Gandhi, Modi tweeted, “Remembering Bapu on his punya tithi. We reiterate our commitment to follow the path shown by him and abide by the values he stood for.” 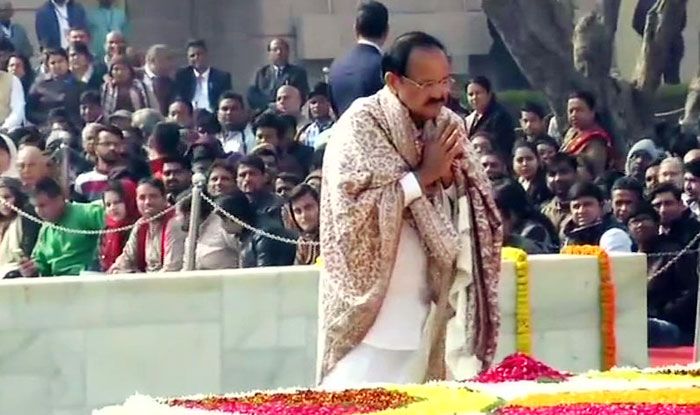 Having paid tribute to Mahatma Gandhi at Rajghat, Congress President Rahul Gandhi tweeted on his official Twitter handle which said that the greatness and progress of a society is determined by how the vulnerable members are treated. He added, “Many many tributes to Mahatma Gandhi on his death anniversary.”

Mohandas Karamchand Gandhi, also known as the ‘Father of the Nation’, was assassinated on January 30, 1948. The day is also recognised as Martyrs’ Day.