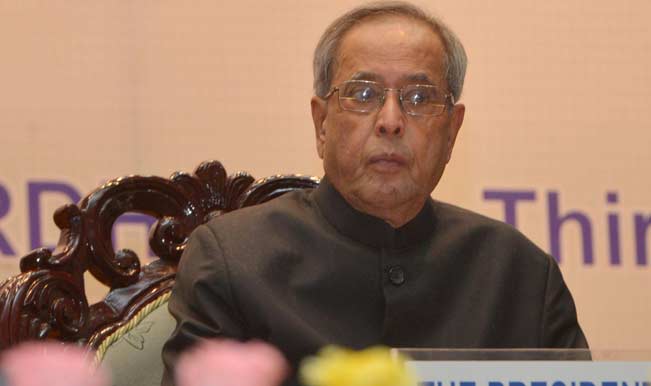 New Delhi, Sep 28: President’s rule was imposed today in poll-bound Maharashtra after Chief Minister Prithviraj Chavan resigned following the break-up of 15-year-old Congress-NCP alliance in the state. President Pranab Mukherjee signed the proclamation for imposition of central rule in Maharashtra, a day after the Union Cabinet recommended clamping of President’s rule in the state, a Home Ministry spokesperson said. Also Read - Why no Summons For Kangana Ranaut Who Admitted to Taking Drugs: Nagma Questions NCB

The brief Cabinet meeting yesterday was chaired by Home Minister Rajnath Singh in the absence of Prime Minister Narendra Modi, who is away in the US. With NCP withdrawing support to the government, Chavan had resigned on Friday. His resignation was accepted by Governor Ch Vidyasagar Rao yesterday. Since assembly elections in Maharashtra are scheduled on October 15, the Governor, in his report to the Centre, had recommended imposition of President’s rule in the state. Also Read - Delhi Riots: Police Name Salman Khurshid in Chargesheet For Provocative Speech During CAA Protest

NCP had on Thursday called off its alliance with Congress accusing Chavan of neglecting it and stalling talks over seat-sharing. NCP’s insistence on the two parties contesting an equal number of the state’s 288 assembly seats and the demand for rotational chief ministership for half of the government’s five-year term if the alliance retained power were the sticking points during the seat-sharing talks which eventually led to the collapse of the alliance.