Many mountaineers have served with great distinction during Kargil conflict and they continue to defend country's highest frontiers with courage and fortitude, President Pranab Mukherjee said here today. 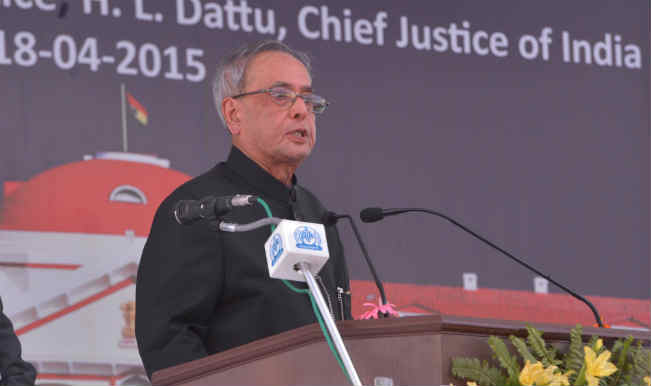 “Over the years our mountaineers have distinguished themselves not only by scaling the highest peaks but also as brave soldiers of the gallant armed forces which have included the Indo-Tibetan Border Police (ITBP). “Many of them have served with great distinction during the Kargil conflict and continue to defend our highest frontiers with courage and with fortitude,” the President said. In May 1999, India and Pakistan, in their most serious military engagement since 1971, clashed in Kargil area of Ladakh in Jammu and Kashmir after militants backed by Pakistan’s Northern Light Infantry occupied the mountain peaks of the region. Also Read - 34 Killed, Hundreds Injured After Earthquake of 6.2 Magnitude Rocks Indonesia's Sulawesi Islands

He said the majesty and the mystique of the mighty Himalayas have always had a special place in the hearts of the people of India. “Only a few weeks back the Himalayan nation of Nepal was rocked by one of the most devastating earthquakes in the history of the region causing large scale damage to life and property of the people. “I am certain that Indian mountaineers who have been enthusiastically going to the Himalayas for climbing, will use the same enthusiasm in the rebuilding of the lives of those affected by this great tragedy,” Mukherjee said.