Punjab Assembly Election 2022: The Congress on Saturday released the first list of 86 candidates for the upcoming assembly polls in Punjab. In the candidate list, the ruling party in the state has fielded Chief minister Charanjit Singh Channi from Chamkaur Sahib, while State Congress chief Navjot Singh Sidhu will fight from Amritsar East. 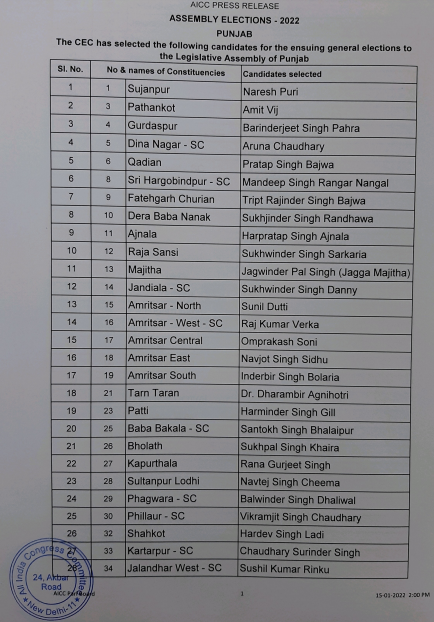 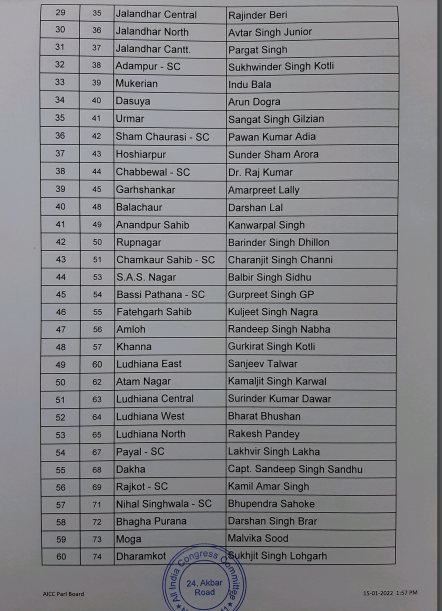 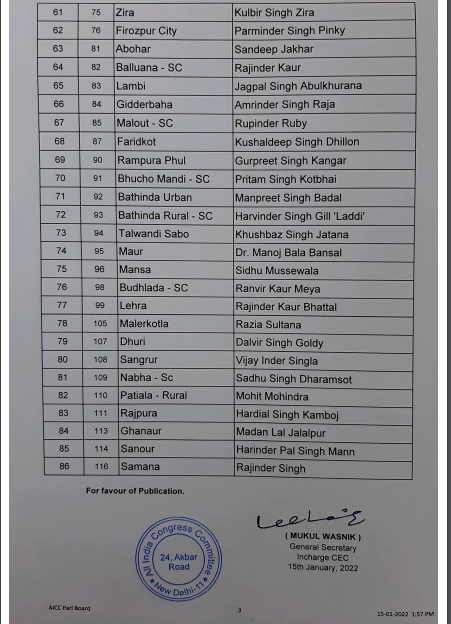 Similarly, Punjab minister Brahm Mohindra will not contest and his son Mohit Mohindra will contest from Patiala rural assembly seat in his place.

The list was released after the party’s central election committee chaired by party chief Sonia Gandhi cleared the names in its meeting held on Thursday.

According to the earlier announcement by the EC, the Punjab Assembly polls will take place in a single phase on February 14 and the counting of votes and results will be out on March 10.